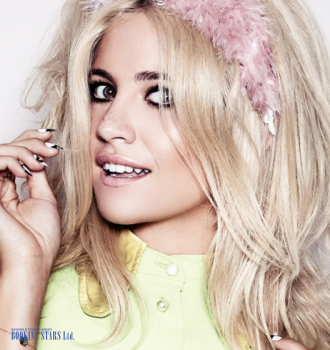 A British singer Pixie Lott was born on 12 January 1991 in London. Her real name is Victoria Louise Lott. The young singer adopted the pseudonym Pixie because that was the way her mom called her when she was young. Lott’s parents aren’t in the music business. Neither are her older siblings.

Pixie began singing in a church choir when she was still in kindergarten. At five, she started attending a performing arts school. Lott continued her music education in a theater arts academy, which she enrolled in at 11. While studying, she got a role in the musical, Chitty Chitty Bang Bang.

When Pixie was 13, her family moved to Essex, where Victoria went to high school. A year later, she got a chance to sing in the opera. Even though Lott had to miss a lot of school due to her performances, she still managed to graduate with excellence.

In 2006, when Victoria was just 15 years old, she was spotted by a famous producer L.A. Reid. He helped the teenager become part of the group, Island Def Jam. However, the band’s management soon changed, and Lott had to leave it due to some disagreements. Shortly, the young singer signed contracts with a British label Mercury Records and an American label Interscope Records.

At the end of 2007, Pixie signed another contract. This time, she decided to work with ATV Music Publishing as a songwriter. With them, Lott wrote such songs as “You Broke My Heart”, which was featured in Alexandra Burke’s Overcome. She also worked on “Happy Alone” for Girls Can’t Catch. Later, Pixie wrote several tracks for Lisa Lois’ debut album, Smoke. Together with Toby Gad, Victoria created “We Own the Night” for Selena Gomez.

In 2009, Pixie finally got a chance to perform in front of a large audience. At Isle of Wight Festival, she was an opening act for The Saturdays. The same year, Lott performed with such popular bands as Kasabian, Hoobastank, The All-American Rejects, and Boys Like Girls at MTV Asia Awards ceremony.

The same year, the singer presented her debut single “Mama Do”. It was highly successful, reaching top spots on the charts and earning a silver status. The success was a big surprise for the singer. Immediately, many fans started trying to book Pixie Lott for private events.

In September 2009, Lott released her first LP, Turn It Up. It turned out to be incredibly successful. The album came in 6th on the UK Albums Chart and earned platinum status in the UK. More than 1.5 million copies were sold worldwide.

In the summer of 2010, Pixie released a new single “Boys and Girls”, which became just as popular as her debut song. The same year she released a new version of the first LP, which she called Turn It Up Louder.

Lott’s second LP, Young Foolish Happy, came out in November 2011. The lead single was “All About Tonight”. The album settled on the 18th spot of the UK Albums Chart. In 2012, Pixie began working on her third LP. She noted that the inspiration for the songs came from her listening to Motown.

In November 2014, the singer presented a compilation album, Platinum Pixie: Hits. Before the release, Pixie presented a single “Caravan of Love”, which was a cover for the 1985 song, “Isley-Jasper-Isley”. It settled on the 129th spot of the UK Singles Chart.

Starting 2016, Pixie devoted her time to acting. She got several important roles in theater plays, including that of Holly Golightly in “Breakfast at Tiffany’s”. The same year, Lott got a gig as a coach at The Voice Kids in the UK. She worked with such famous artists as the rapper will.i.am. In March, Lott worked with Anton Powers to record a hit single “Baby”. In September, she released another song “Won't Forget You”, recorded with Stylo G.