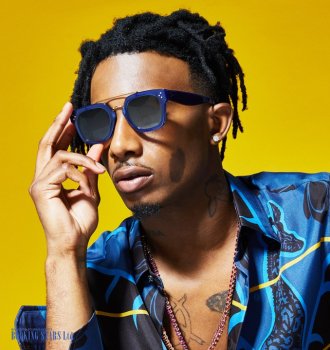 Playboi Carti (real name Jordan Terrell Carter) was born on 13 September 1996 in Atlanta. Carter often skipped school to write music and work in H&M. When he was a teenager, Jordan often had to buy clothes in second-hand stores. This later helped him find his own unique style.

Carter started reading rap as a teenager. Back then, his pseudonym was Sir Cartier. The majority of his early work was uploaded to the internet and later deleted. In 2012, the young rapper signed a contract with Awful Records and changed his pseudonym to Playboi Carti.

The first signs of fame came to the rapper in 2015 after he recorded two singles "Broke Boi" and "Fetti" with the assistance of Da$h and Maxo Kream. He uploaded both songs to SoundCloud.

Soon Carti made a decision to leave Awful Records and started working with AWGE, which belonged to A$AP Mob band. In 2016, Carter helped them record the single "Telephone Calls" from  Cozy Tapes Vol. 1: Friends.

In 2017, Carti released his 1st solo mixtape Playboi Carti. While recording the album, he had some help from experienced rappers, such as Lil Uzi Vert and ASAP Rocky. The mixtape attracted the attention of different music magazines, including XXL and Pitchfork.

The mixtape reached the 12th spot on Billboard 200 and the 6th spot of Top Rap Albums. It featured two successful singles. One of them, "Magnolia", made it to the 29th spot of Billboard Hot 100. The other one, "Woke Up Like This", featuring Lil Uzi Vert, reached the 76th place. In order to promote the album further, Carter went on a tour with Gucci Mane and Dreezy.

In June 2017, XXL magazine announced including Playboi Carti into its Freshman Class 2017. A month later, the music video for “Magnolia” was released. The single was named "Best New Track" by Pitchfork online magazine.

Soon Carti’s first album became golden. RIAA gave it the status for selling over 500,000 copies. The Rolling Stone magazine gave it the 8th spot on its list of the best rap albums of the year. Shortly after that, “Magnolia” received two platinum certificates while "Woke Up Like This" earned a gold status.

The artist became so popular that it wasn’t easy to book Playboi Carti for any private event or birthday party. The same year he helped Lana Del Rey record "Summer Bummer", which was featured in her LP Lust For Life. Shortly after, Carti worked on recording the single “Raf” for A$AP Mob’s LP Cozy Tapes Vol. 2: Too Cozy. The music video for the song features rappers wearing RAF Simon’s brand clothing. RAF Simon is one of Carter’s favorite brands. The second favorite is Balmain.

Carter’s style is one of the most discussed parts of his public image. GQ magazine called him the leader of the modern youth style. Carti worked as a model for Kanye West’s Yeezy Season 5 and Drake’s OVO Lookbook.