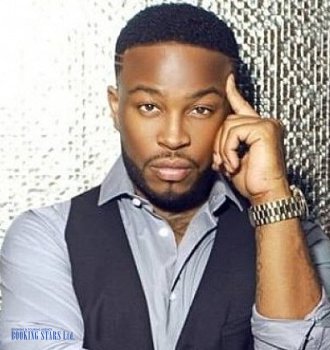 Marcus Ramone Cooper Sr. was born in 1984 in Florida. His father left before the boy was born, and Cooper was brought up by his mother. Marcus faced problems of living in a bad neighborhood rather early. He tried hard to avoid unfortunate influences and became interested in music. The young man took singing lessons and performed with the school choir.

Cooper attended many local talent shows. At one of them, he saw the performance of the band Pretty Ricky and became a big fan. The aspiring singer’s uncle helped him contact the group’s manager. The manager appreciated Cooper’s talent and his wish to perform. Soon he invited Marcus to meet the group members and offered him a spot as a vocalist. At the same time, the artist adopted a pseudonym, which stemmed from his “pleasant” voice, according to the other band members.

In April 2005, Pretty Ricky released a single "Grind with Me", which immediately climbed to the sixth spot of Hot R&B/Hip-Hop Songs Chart and came in 7th on Billboard Hot 100. The song earned impressive popularity among the listeners of a Miami radio station Power 96. The program director Ira Wolf sent the recording to a representative of Atlantic Records. He came to Florida to listen to the group perform. After a short audition, Pretty Ricky signed a contract with the label.

In May 2005, the band presented its first LP, Bluestars. It reached the 16th spot on Billboard 200 and earned a gold certification from RIAA. One of the singles “Your Body” climbed to the 12th position of Billboard Hot 100. In the summer, the group embarked on Scream Tour IV.

In November 2006, the group released a new single, "On the Hotline". It appeared on the 6th spot of Billboard Hot R&B/Hip-Hop Songs Chart and came in 12th on Billboard Hot 100.

In January 2008, Pretty Ricky finished its second LP, Late Night Special. It turned out to be highly successful, topping Billboard 200. More than 132,000 copies were sold in the first week. The same year, Pleasure P made a tough decision to leave the group and start a solo career.

In June 2008, the singer released his first single "Did You Wrong", which settled on the 20th spot of Billboard Hot R&B/Hip-Hop Songs Chart. In December, he presented a new song "Boyfriend # 2". It turned out to be more successful, reaching the second position of the above-mentioned chart. At that time, many fans tried to book Pleasure P for their private events.

In January 2009, the artist was planning to present his first LP, The Introduction of Marcus Cooper. However, the release was delayed until June. The album came in second on Top R&B/Hip-Hop Albums Chart and reached the 10th spot of Billboard 200. More than 19,000 copies were sold in the first week. In 2010, the album was nominated for a Grammy Award for Best Contemporary R&B Album.

In February 2014, the artist released a mixtape, Break Up to Make Up. The same year, Pleasure P and other ex-members of Pretty Ricky decided to get back together. They planned an international concert tour and a new album, Bluestars 2.

At the beginning of 2015, for Valentine’s Day, the reunited group recorded a new single “Puddles”. It turned out to be one of the most ordered songs on the 99JAMZ radio station. The same year, the artist recorded two solo singles, "Paralyzed" and "Rock with You".

In 2016, Pleasure P released a new single “Insecure” with the assistance of a successful Miami artist Maor Mo. Pretty Ricky continued its work and in 2017, released a new single “Good Girlz”. In 2018, the group members announced that they’ve decided to stop working together since each of them has solo projects.