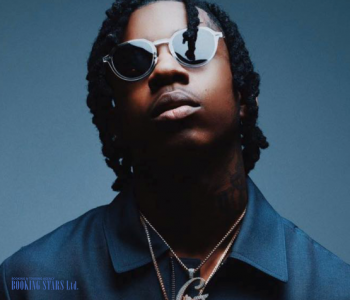 "Polo G" is originally from "1300 Sedville" (also known after a murdered comrade as "TTG" "TimTimGang" or "GucciGang") - a small set of mostly "MC" ("Mickey Cobras"), located in a private apartment " Marshal Field Garden ".

The real name of the artist - "Taurus Tremani Barlett" (Taurus Tremani Barlett), was born on January 6, 1999. The stage name comes from "Polo" - favorite clothes and "G" was added in honor of the late 16-year-old friend "Devonshay Lofton" ("Gucci"). Devonshay "TimTim" Lofton was so loved in his block that his neighborhood was named after him as "TimTimGang" or "GucciGang" (similar to "O Block" after Odee Perry). The guys from the set, including "Polo G", show "T" banging their fists with their palm in the video for "Finer Things" and "Polo G" in it wears a symbolic red armband with the nickname of the murdered person.

The mother of "Polo G" is "Stacia Mac" and the father of "Taurus Tremani". In addition, Taurus has brothers and sisters (there are four of them in the family). My mother worked as a realtor, while my father works in a factory. It cannot be said that "Polo G" was born in a dysfunctional family, but the environment of "1300 Sedville", where he grew up, certainly influenced the young man and gave an impetus to building a musical career.

From childhood, little Taurus loved listening to music and trying to compose rap. The family called him "Rapper Dude". "He covered T.I. and Lil Wayne," his mother recalls the rapper's childhood. He began to write poetry and write music at the age of ten, doing it in his free time. He was always in the music while hanging out at 1300 Sedville where all the guys from the houses he lived were.

If you see one of his early interviews with the legendary ZackTV, it is taken right on the corner of Hudson and Evergreen in Sedville. In this seemingly picturesque and wealthy area, many young people were killed. It is the death of close friends and acquaintances that the main work of "Polo G" is devoted to. He, like "G Herbo", became known not so much for the glorification of his area as for understanding the losses of his native area.

Surprisingly, both "NLMB" (the native set and gang of "G Herbo", like "SedVille", are significantly inferior in the war to their opponents. "GD" ("GD" from "LakeSide" and their allies defeated "NLMB", while "GD" from "OTE" defeated "SedVille"), who are enemies of both sets of "G Herbo" and "SedVille", killed many times more members than they themselves lost.