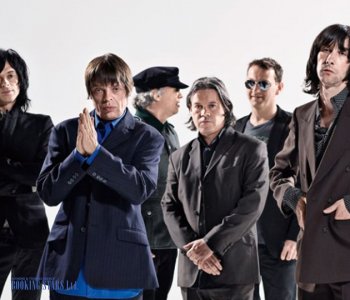 Primal Scream was created by the drummer from Jesus and Mary Chain in 1982 in Glasgow. The musicians initially chose jungle pop, and then gradually changed the genre to hardcore and punk. After some time, the members of the band discovered their dancing talent and chose the acid house direction. Pretty soon, Primal Scream began competing with such bands as Happy Mondays and Stone Roses.

In 1987, the group recorded its debut LP, Sonic Flower Groove. The music reminded listeners of Byrds and quickly earned popularity among British fans. The album reached the 62nd spot of the UK Albums Chart.

Two years later, after suffering some lineup changes, the group came back to the studio and recorded a new LP, Primal Scream. This time, the artists moved away from jungle pop and came closer to hard rock. The band members found inspiration in the music of such groups as New York Dolls and Rolling Stones.

Critics gave the album excellent reviews. However, it didn’t become as financially successful as expected. The musicians continued to work with the new genre, acid house. They met DJ Andrew Weatherall, who created a remix to the group’s single, "I'm Losing More Than I'll Ever Have". The song acquired hard groove sound and got rid of the original instrumental bridges. Meanwhile, the single became more appealing due to samples. The name was changed to “Loaded”.

The new version of the song became a hit. In the UK Singles Chart, the track reached the 16th position. After some time, the band recorded a new EP, Come Together, which made it to the top-10 of the chart. Many fans wanted to book Primal Scream for private events.

In 1991, the group released its next LP, Screamadelica. To record it, the musicians invited many famous artists. The album became very popular. However, the following dance-rock experiments didn’t become as successful.

In a new album, Give Out But Don't Give Up, which was released in 1994, Primal Scream used the retro sound from the 1970s. The release didn’t achieve success. Many fans were surprised at how much the group’s sound changed. The band embarked on a tour to support the album.

After the tour, the artists decided to take a break and disappeared from the radar. They came back with a changed lineup and started working on a new album, Vanishing Point. In the LP, they returned to the dance genre, however, the sound became a little moodier. Critics gave good reviews of the album.

In 2000, the band presented a new LP, XTRMNTR, which featured aggressive music. The next album, Evil Heat, which came out two years later, had a similar sound. Several famous artists helped Primal Scream record the latest LP, and it quickly became commercially successful.

After the release, the artists decided to take another break. They came back four years later with a compilation album, Dirty Hits. Soon after that, in 2006, they presented a new LP, Riot City Blues. In the album, the band members decided not to make any electronic experiments.

In 2008, the group presented a new LP, Beautiful Future, in which the gloomy electro from Evil Heat and XTRMNTR was mixed with classic rock. The experiment was successful. The album came in 9th on the UK Albums Chart.

In 2013, Primal Scream released a new album, More Light, recorded with the assistance of the Ignition label, which belonged to First International. The album earned many good reviews. Several songs became hits. In 2015, the artists announced details of an upcoming album, which came out in March 2016.

In the summer of 2018, Primal Scream told their fans about the upcoming release of the lost original tracks, which were initially recorded for Give Out But Don't Give Up back in 1993 in Adent Studios.

The latest album released to date is a compilation disc, Maximum Rock'n'Roll: The Singles. It came out in May 2019. The album featured 17 songs, recorded between 1986 and 2016. It reached the 18th spot of the national chart. 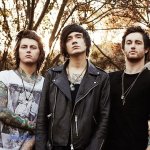