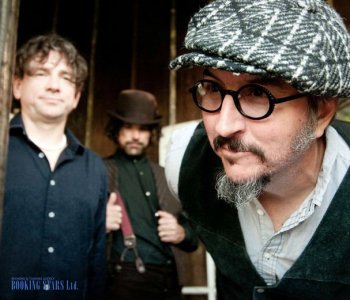 Primus – metal band from the USA

Primus was formed in California in 1984. Initially, the band members called themselves Primate. The initial lineup featured Les Claypool and Todd Huth. Within a month of the formation, the group members found out that the name Primate was already taken and changed it to Primus. New members joined the group and changed frequently. The only stable member was its founder, Claypool. Today, he works with Tim Alexander (drummer) and Larry LaLonde (guitar player).

Musicians did an excellent job adjusting to lineup changes. They started performing live immediately after the formation. Five years later, the band presented its first live album, Suck On This. It featured such successful songs as "Jellykit", "John The Fisherman", and "Harold Of The Rocks". Les’ father helped finance the release. However, after the album came out, Caroline Records bought the rights for its sale. It helped the band become successful. They recorded the next album in an official studio. Half of the tracks from the debut LP, Frizzle Fry, were played at musicians’ previous concerts. Critics noted the band work’s similarity to such groups as Police, Funkadelic, and Metallica.

The single "John The Fisherman" became a hit. The band’s popularity brought musicians a contract with Interscope Records. The next LP came out in 1991. The artists called it Sailing The Seas Of Cheese. For this album, musicians decided to simplify their music style, however, Claypool didn’t abandon his complex guitar solos.

The new release made the band even more popular. Its songs were played on many radio stations. At that time, many fans wanted to book Primus for private events. Les and his team were giving regular concerts. Their original and unusual music allowed talented artists to perform with such celebrities as Anthrax, Rush, U2, Public Enemy, and Fishbone. However, lengthy tours and concerts were tough on the musicians. That’s why critics believed that the next album, Pork Soda, which came out in 1993, had a dark and gloomy sound. This didn’t prevent it from getting into the top-10 of many charts.

Primus became commercially successful. However, after the latest release, Les suddenly announced a hiatus. The singer decided to reunite the original lineup of the band and called it Sausage. The new group started giving concerts. This didn’t allow Claypool to pay sufficient attention to Primus.

In 1995, the band came back with a new album called Tales From The Punchbowl. It featured the group’s highly successful single "Wynona's Big Brown Beaver". In 2016, the single was nominated for a Grammy Award as the Best Hard Rock Performance. A year later, Les pursued a solo project while Tim left the band and formed his own group, Laundry. Alexander’s place was taken by Bryan Mantia, who helped record the band’s next LP Brown Album. The album came out in 1996 and reached the 21st spot of Billboard 200.

At the end of the 1990s, Claypool noted that the band’s popularity seemed to be waning while musicians needed new inspiration. He invited several celebrities to help record the new LP, including Tom Waits and Tom Morello. The album Antipop that featured heavy and aggressive music appeared in 1999. Critics gave it mixed reviews. However, fans were happy with the LP. It reached the 44th spot of Billboard 200.

After the release, Les decided to take another break. Two years later, the band presented a new LP, Green Naugahyde. Les tried to make the new album similar to the group’s first work. Critics and fans gave high scores to the LP.

In 2014, Primus presented a new LP, Primus & the Chocolate Factory with the Fungi Ensemble, which came together with an EP. The next album came out in 2017. The Desaturating Seven was recorded with the assistance of ATO Records and Prawn Song Records. It featured seven songs, among which were "The Valley", "The Seven", and "The Trek”.

In 2018, the band went on a joint tour with Mastodon. During the tour, Primus promoted songs from the latest album.

In 2019, musicians are planning to arrange concerts with Phil Anselmo and Ministry. 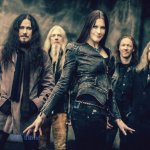