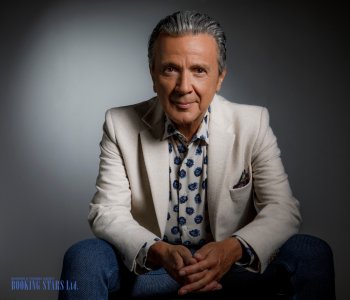 Pupo (real name Enzo Ghinazzi) was born in Italy on September 11, 1955. He is well known for his career as a singer and a composer. Pupo made a significant impact of the development of pop music all over the world. His greatest hits included “Cieli azzurri” and “Un amore grande”.

Pupo wasn’t diligent enough to get an education. He was trying to earn a reputation by participating in various festivals and competitions.

His persistence eventually paid off. In 1975, Pupo released his first album “Come sei bella”. His first single”Ti sciver” turned out to be extremely popular in Italy. Pupo’s career took off and he started touring the country. His pseudonym “Pupo” pays tribute to the man’s young age. In Italian, it means “a newborn baby”.

In 1979, Pupo recorded a song called “Gelato al cioccolato” written by a famous Italian songwriter Cristiano Malgioglio. In the same year, he released an album with the same name. In 1980, Pupo recorded another LP “Più di prima”.

The following several years became star-studded for the Italian singer. His songs with simple lyrics were very popular among Italians of all ages. After some time, his work became popular beyond Italian borders. The songs were translated into other languages.

In 1980, Pupo came in third at the Sanremo Music Festival with his song “Su di noi”. He won the Italian competition Gondola d’Oro and got 11 gold awards. Italian fans were very interested in Pupo’s lifestyle. His name didn’t leave the tabloids. However, by the end of 1980’s, Pupo’s popularity started to wane. He decided to become a businessman and opened a restaurant chain. In the early 2000s, he became a TV host and wrote three books. Throughout his career, Pupo recorded 15 albums and 25 singles. Right now, he is taking on various music projects and performing all over the world.

To book Pupo for your special event, you can simply call us right now or fill in the online form on our website! 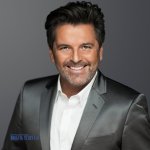