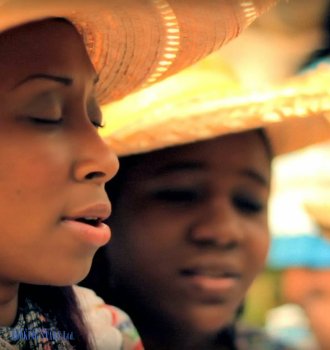 Quantic & His Combo Barbaro was created in 2009 by the British musician and DJ Will Holland (pseudonym Quantic). Holland has many different projects. Even though he was born in the UK, Will always loved Latin music styles. Quantic’s interest in cumbia, soul, and salsa appeared in 2007 when he traveled to Puerto-Rico, Panama, and Columbia. After his travels were over, Holland decided to settle in a Columbian city Kali, where he managed to bring to life his tropical music insights with the assistance of such side projects as Quantic and His Combo Bárbaro and Los Miticos Del Ritmo.

Holland was so interested in Columbian music that he decided to stay in the beautiful country for a couple of years. In Columbia, he managed to discover something that he couldn’t find for a long time – unconventional music direction. Columbia became a perfect place to try new sounds and melodies.

After finding home in Kali, Holland established a recording studio and recorded two albums. Both LPs were released by the musician’s side projects. The first album Tropidelico (2007) was recorded by The Quantic Soul Orchestra. The second one was a debut LP of Quantic Presenta Flowering Inferno (2008). Both albums contained the most beautiful music the artist collected by studying the new direction. After both albums received their due recognition, Holland decided to create a new Columbian project, which he called Quantic and His Combo Bárbaro. The name of the band means “a group of barbarians or people who live outside Europe.” Holland planned for Quantic and His Combo Bárbaro to continue what The Quantic Soul Orchestra has started and bring forward the new vision of the old music.

The band included such talented artists as the pianist Alfredito Linares, who conquered the listeners’ hearts while he was still part of The Quantic Soul Orchestra, Freddy Colorado, who masterfully played congas, a talented bassist Fernando Silva, and a famous musician Malcolm Catto, who formed his own band The Heliocentrics.

For the recording of the first and the only, (so far) band’s album Tradition in Transition (2009) Holland invited a famous Brazilian artist and arranger Arthur Verocai. One of the vocalists was a well-known soul-singer, Kabir. He worked with an artist from India – Falu and a famous singer Nidia Gongora. Back then, it was tough to book Quantic and His Combo Barbaro due to their tight schedule.

Holland had an interesting approach to recording his music. He always insisted that the musicians spend as much time together as possible, preferably in one room. Will believed that this approach helps create an artistic conversation, which can result in a successful project. By giving people an opportunity to improvise and discuss their art, Holland received original and unconventional songs.

Quantic and His Combo Bárbaro recorded two singles “Linda Morena/Enyere Kumbara” (2009) and “Un Canto a Mi Tierra” (2010). Both were very successful in Columbia. Will Holland continues to work on different projects and looks for new ways to give people a chance to enjoy Latin music. 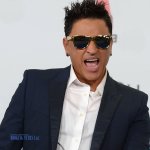