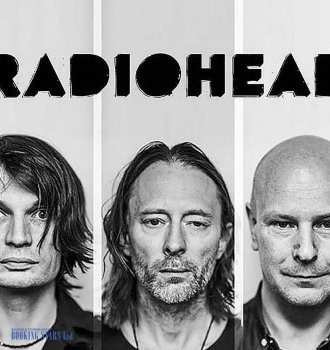 At the beginning of their career, Radiohead gave many concerts and managed to attract the attention of various music labels. A co-owner of Courtyard studio Chris Hufford was so impressed by their performance that made a decision to become the manager of the band. In 1991, Radiohead signed a six-figure contract with EMI A&R.

In 1992, the band released their first EP Drill. Together with a single “Creep”, they managed to become popular with the British media, which didn’t always say positive things about the band. BBC Radio 1 banned the group calling it too depressive.

In 1993, the band released their first studio album Pablo Honey. It reached the 22nd spot on UK Albums Chart and 32nd spot on Billboard 200. The same year, Radiohead went on a North American tour. Their single “Creep” was a hit on MTV. The success almost caused the group to disband. The members were upset over having to play old songs over and over again when they wanted to record new ones.

In 1995, they finally released their second studio album The Bends, which managed to reach the 4th spot on the UK Albums Chart and topped Belgium and German charts. The critics called this album a step forward. The singles “Fake Plastic Trees”, “High and Dry”, “Just, and “Street Spirit (Fade Out) became big hits. After the release of this album, the band went on a tour with Alanis Morissette and then started recording a new LP.

The band’s popularity, which was on the rise in the beginning of 2000’s, doesn’t seem to wane with time. Radiohead continues to thrive. Their last album to date A Moon Shaped Pool (2016) topped UK Albums Chart. Radiohead records new songs and performs live.