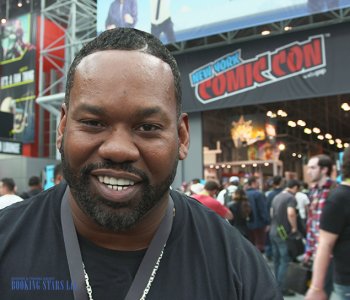 Raekwon’s real name is Corey Woods. He was born on 12 January 1970 in Brooklyn, New York. In school, he met the future rap star, Ghostface Killah, who became the artist’s best friend. The two aspiring rappers grew up on the streets of Brooklyn, watching gangs fight and sometimes breaking the law.

Both artists became interested in hip-hop when they were still children. In the 1980s, this music genre was extremely popular and prestigious. However, Raekwon never thought about becoming a professional rapper.

Corey and Ghostface, just as many children on the streets of New York, were offered drugs. Woods became a drug user. When he was 16, the addiction became severe. The young man realized that he couldn’t say no to drugs and continued using crack until it was almost too late.

One time, Raekwon almost died during a fight between two neighborhood gangs related to drug dealing. Corey’s friends managed to run away, but he was caught. The rapper doesn’t reveal details of the event. Somehow, he managed to escape. After that, the rapper stopped using drugs and devoted his life to music.

Soon, the talented artist got a chance to start working with the band called, Wu-Tang Clan because he knew many of the members. The rapper helped records such tracks as "C.R.E.A.M" and "Triumph", which became hits. Those songs were part of the album, Enter The Wu-Tang (36 Chambers). Wu-Tang Clan fans always thought that Raekwon and Ghostface Killah were the group’s leaders and managed to create well-thought-out lyrics.

When Raekwon was working with Wu-Tang Clan, he performed using such pseudonyms as Raekwon The Chef, Shallah Diamond, and a few others.

In 1994, he managed to sign a contract with Loud Records and start a solo career. The rapper’s debut track “Heaven & Hell” came out the same year. It became a soundtrack for the movie Fresh and reached the 32nd spot on the US Hot Rap Songs Chart. At that time, many organizers tried to book Raekwon for private events.

In 1995, the artist presented his debut LP, Only Built 4 Cuban Linx... It received positive reviews from the critics and reached the 2nd spot of Top R&B/Hip-Hop Albums Chart. To record several tracks, the singer invited Ghostface Killah. RZA was the producer.

After the release of the debut LP, many artists started inviting the rapper to work with them. He helped Allure record an LP with the same name in 1997. Together with Nas, Jadakiss, and Big Pun, he recorded a successful single "John Blaze" for Fat Joe.

In 2003, Raekwon presented his next LP, The Lex Diamond Story. It reached the 18th spot on Top R&B/Hip-Hop Albums.

In 2007, the rapper had to record the next part of his debut LP called Only Built 4 Cuban Linx... Pt. II with the assistance of RZA and Aftermath Entertainment. However, the album didn’t come out for a while. The rapper made a decision to record it on his label ICEH20 Records and distribute the album through EMI. After several delays, Only Built 4 Cuban Linx... Pt. II finally came out in September 2009. Many Wu-Tang Clan members helped record the album. The LP reached the 2nd spot on the Top Rap Albums Chart.

After the release, Raekwon joined his colleagues, Ghostface Killah and Method Man, to record a joint album, Wu-Massacre. It came out in 2010. Right after the release, Corey Woods started working on a new album, Shaolin vs. Wu-Tang, the information about which was available back in 2007.

Initially, the LP was expected to belong to Wu-Tang Clan as a response to the previous LP, 8 Diagrams. But eventually, artists decided to make it Raekwon’s solo work. The album came out in spring 2011. Several songs were recorded with the assistance of Black Thought, Nas, and Rick Ross.

In 2013, Raekwon announced his plans for a new album, F.I.L.A., which was supposed to come out the same year. But after the release of the debut single, "All About You", the rapper told the fans about an unexpected delay. The album came out in April 2015.

The latest album released by the rapper to date was The Wild. It appeared in 2017 and reached the 88th spot of Billboard 200.