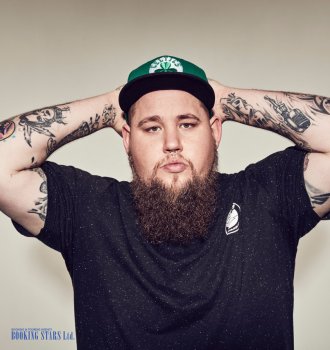 Rory Charles Graham known in the music industry as Rag'n'Bone Man was born on the 29th of January 1985 in a small town in the southeast of England. When a kid, Rory’s most favorite music genres were soul and early blues. He learnt to sing by mimicking Muddy Waters. At the age of 15, Rory became a member of the local drum’n’bass band as an MC. Later on, he started to perform at hip-hop open-mike events. That’s how he became associated with the hip-hop band the Rum Committee. It was due to his father that Rory took part in a blues open-mike night at the age of 19. The performance was a great success. This made Rory even more confident in his choice to make a career as a musician.

In 2011, he released a number of singles in collaboration with the High Focus (UK hip-hop label). Soon after it, he started to work together with Mark Crew. Together they worked on the debut EP of the Bastille’s “Bad Blood”. Two years later, he signed a contract with Warner Chappell. From now on, he was able to devote more time to his own career as a musician.

In 2014, Graham presented EP “Wolves”. This was the result of his collaboration with Mark Crew. Besides, a number of singles on the album were recorded together with a number of other musicians. For example, Kate Tempest and Vince Staples. The track “Bitter End” from the EP released in 2015 was included in the list of BBC Radio 1 “New Music We Trust'”.

In 2016, Rory presented his single “Human” that was later on included in his debut album that has the same name (presented to the public in February 2017). The single was called №1 single in a number of charts across Europe. Following this success, Rory was called British Breakthrough Act by the Brit Awards also in 2017.

We should briefly tell you about the story of Rory’s stage name Rag 'n' Bone Man. It comes back to the time when he was a kid. He liked to watch sitcom “Steptoe and Son” together with his grandfather. There were a pair of rag-and-bone men in this sitcom. They were poor street collectors that collected rubbish with the view of finding rags, bones and metal that would be of value in terms of money and that they could sell for several pennies.

Rag 'n' Bone Man has gone a rather long way in pursuing a career in the industry of music. Yet, there is a longer way to go. At present, there isn’t much known concerning his plans for 2017.