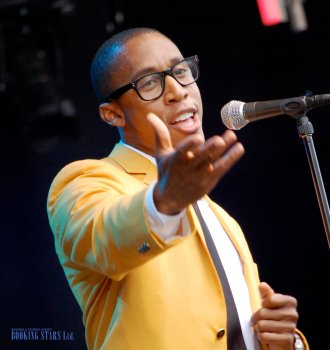 Raphael Saadiq’s real name is Charles Ray Wiggins. He was born on 14 May 1966 in Oakland, California. He had 14 siblings. Unfortunately, it’s hard to call the artist’s family a stable one. One of his brothers was killed. Another overdosed on drugs. One more brother committed suicide. One of Charles’ sisters died in a car accident when trying to escape the police. Charles had a tough time dealing with the death of his family members. However, he often said that the music shouldn’t reflect his pain. Saadiq believes that his task is to show people that regardless of the number of difficulties, it’s possible to overcome them.

Charles discovered music very early. At six, he already learned how to play the guitar. When Wiggins was nine years old, he played in a school band. At 12, Charles worked as a bass guitarist in the local group, The Gospel Humminbirds. In 1984, Charles tried out to become a back vocalist for the singer’s Sheila E. on Prince's Parade Tour in San Francisco. The 18-year-old singer was accepted.

After the tour was over, Charles came back to Oakland and together with his brother, Dwayne Wiggins, and cousin Timothy Christian created a trio, Tony! Toni! Toné! The band chose rhythm and blues as its style. Back then, the artist performed under the pseudonym, Raphael Wiggins. However, in the 1990’s he decided to adopt another last name, Saadiq. At the time, his fans believed that Charles converted to Islam. However, the change of name didn’t have anything to do with religion. The singer liked the great-sounding Arabic word, which means “man of his word.” With time, the band changed the music style to rap.

The trio released four studio albums, Who? in 1988, The Revival in 1990, Sons of Soul in 1993, and House of Music in 1996. The most successful album was the third one. It reached the 3rd spot of Top R&B/Hip-Hop Albums Chart and came in 24th on Billboard 200. The LP also made it into Canadian, Australian, and the UK charts. When the 4th album didn’t manage to become as successful, the trio fell apart.

In 1999, Raphael joined a new project. It was an R&B band, Lucy Pearl. Other band members were Dawn Robinson and Ali Shaheed Muhammad. The group existed for just one year. The artists recorded one album with the same name as the group. The same year with the rapper Q-Tip, Saadiq recorded a single "Get Involved". Another song "Untitled (How Does It Feel)", created in 2000 with D’Angelo, won a Grammy Award for Best Male R&B Vocal Performance.

In 2002, the artist decided to create his own label, which he called Pookie Entertainment. In 2002, together with Pookie Entertainment, Raphael recorded his first studio LP, Instant Vintage. It reached the 6th spot of Top R&B/Hip-Hop Albums Chart and came in 25th on Billboard 200. The single “Be Here”, featured in the album was nominated for a Grammy Award as Best R&B Song and Best Urban/Alternative Performance. The album itself also earned a Grammy nomination for Best R&B Album. At that time, many organizers tried to book Raphael Saadiq for their events.

The third LP, The Way I See It, came out in 2008. It turned out to be more popular than its predecessor and reached the 19th position on Billboard 200.

In 2019, the singer is expected to release a new LP, Jimmy Lee. The big breaks between studio albums are due to the artist being busy with production work. 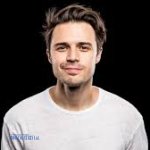