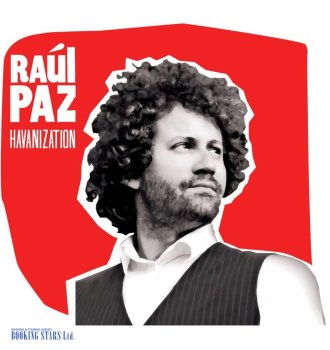 When Paz was growing up in Pinar de Rio, he wasn’t much interested in jam sessions. Guajira wasn’t attracting him as much as it did in the early childhood. He leaned toward music from other countries, such as Led Zeppelin or Bob Marley. Raul spent hours listening to the radio, waiting for his favorite songs to be played.

Paz started writing his own songs when he was just 10 years old. He also learned how to play guitar and came up with melodies for his lyrics. Paz’s parents didn’t support his passion for music and hoped he would find something more promising to do. They were dreaming that he would become a doctor. However, Raul wasn’t about to listen to his folks. When he turned 17, the artist left Pinar De Rio and moved to Havana.

In 1990, Raul landed a role in the movie Hello Hemingway. He was also invited to several TV programs. That’s why many Cubans used know Paz as an actor, not a singer. However, he always considered himself an artist. Raul wanted to go on stage and sing.

In 1996, Paz left Cuba to live in South America. He traveled to Brazil, Uruguay, and Argentina. Then Raul went to Paris, where he studied classical music in Schola Cantorum. In France, his career and personal life took off. He met his wife, had two sons, and got a regular job. Raul’s first day job was in a nightclub in Paris. Then he was noticed by a famous French producer Olivier Lorsac and landed his first contract. Raul’s first album Cuba Libre (1999) was recorded in Gloria Estefan’s studio in Miami. It sold over 100,000 copies. The next LP Contigo (2000) was created specifically for the Ibiza audience. It was very successful. At that moment, it was nearly impossible to book Raul Paz for any event.

In 2006, Paz released a new LP En Casa, which he recorded in a Havana music studio EGREM. Some of his fans say that this was a homecoming for the artist. It included such styles as bolero and Cuban ballads. Raul dedicated this album to the memory of his father, who died in 2000.

Even though he was very successful in France, Raul always dreamed about coming back to Cuba and performing for his people. In 2008, his dream came true and he returned to Havana. Raul continues recording new albums and performing live. As of today, his last LP La Otra Esquina (2015) is very popular in Cuba and all over the world.