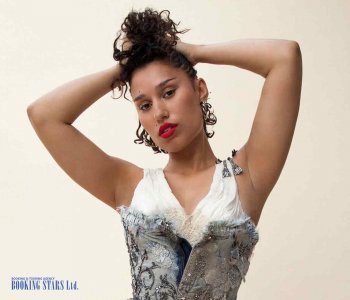 Croydon, South London-based R&B singer Rachel Keen (aka RAYE) started her career at the age of ten, guided by her father and her guitar teacher. Her interest in music quickly led to small charity gigs and bouts of singing at her local church. By 2012, RAYE had enrolled in the prestigious BRIT school for music and singing, spending two years perfecting her craft, but she left in 2014 due to the limitations she was being taught and the desire to create her own rules. The following year, RAYE released her debut EP, Welcome to the Winter. The lead single, "Hotbox," was noticed by Olly Alexander (Years & Years) on Hype Machine; he got in touch with RAYE to discuss music, and arranged a meeting with the A&R department at Polydor.

SECONDWith major-label backing, RAYE kept busy in 2016, including co-writing her single "I, U, US" alongside Charli XCX, appearing as a guest vocalist on Jonas Blue's "By Your Side" single, and releasing the SECOND EP. She was back working with Charli XCX the following year, guesting on the singer's tracks "Girls" and "Dreamer." RAYE also delivered her own single, "The Line." The singles "Check" (with Kojo Funds) and "Cigarette" (with Mabel and Stefflon Don) were released in 2018. The following year saw RAYE issue the emotionally charged single "Love Me Again."