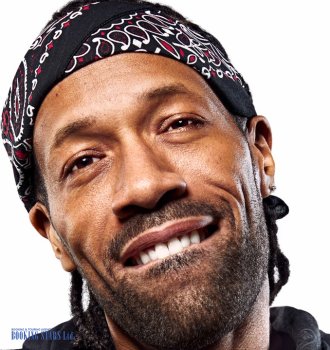 Redman was born on 17 April 1970 in New Jersey. His real name is Reginald "Reggie" Noble. He is also known under such pseudonyms as Doc, Funk Doctor Spock, and Red. Reggie’s parents wanted him to get a good education. However, in 1987, the young man was kicked out of Montclair State University for bad grades. His mother threw Noble out of the house when she found out that he was selling drugs to make a living. Thankfully, the young man soon met Erick Sermon, who helped route his energy into music. Noble started writing rap.

In the early 1990’s, Red got his first professional music experience with the band EPMD. They released two singles "Hardcore" and "Brothers on My Jock". After that, Redman decided to pursue a solo career and presented his debut album 1992. He called it Whut? Thee Album. The LP debuted on the 49th spot of Billboard 200. The critics paid tribute to such songs as "Time 4 Sum Aksion", "Watch Yo Nuggets", "Blow Your Mind", and "Tonight's Da Night".

In 1992, the rapper released another studio album, Dare Iz a Darkside. It sold more than half a million copies. The LP reached the 13th spot of Billboard 200.

Muddy Waters was the musician’s third studio album, which he released in 1996. It climbed to the 12th spot of Billboard 200 and topped R&B Albums Chart. The single “Whateva Man”, recorded with Erick Sermon, became a hit.

The year 1998 was very productive for the rapper. He released a new solo album, Doc's da Name 2000. Then he worked with Def Squad to record their LP El Niño. The former reached the 11th spot on Billboard 200 and sold over a million copies in the USA.

In 1999, together with Method Man, Redman recorded Blackout! The album earned a platinum certification and came in third on Billboard 200.

In 2001, the artist released another solo album, Malpractice, which reached the 4th spot on Billboard 200. It featured such hits as "Let's Get Dirty (I Can't Get in da Club)", "Who Wants To **** A Millionaire (Skit)", "Bricks Two", and "What I'ma Do Now". At that time, many fans wanted to book Redman for their events.

Between 2002 and 2007, Redman worked with other rappers. In 2002, together with Christina Aguilera, the rapper recorded a hit "Dirrty", which topped many charts. In 2007, Redman finally released his new solo album, Red Gone Wild. The LP turned out to be successful. It reached the 13th spot of Billboard 200 and sold 44,000 copies in the first week after the release.

In 2009, Redman and Method Man recorded their second LP, Blackout! 2. The album was commercially successful. It sold over 63,000 copies in the first week of sales and topped R&B/Hip-Hop Chart.

In 2013, the rapper announced the release of another LP, Mudface. The release date was moved several times, and the album finally came out in 2015. It included such popular songs as "Wus Really Hood", "Let It Go", "Won't Be Fiendin (The Dez Remix)", "High 2 Come Down," and "Undeniable".

Redman spends a lot of his time acting. His filmography includes such projects as Colorz of Rage, PIGS, Backstage, Boricua’s Bond, How High, Statistic: The Movie, Stung, Thaddeus Fights the Power!, Seed of Chucky, Method & Red, Hip-Hop Honeys: Las Vegas, Rock the Bells, High Times Stony Awards и Something from Nothing: The Art of Rap, Dark.

How much does it cost to book Redman:
Price inquiry
Redman booking agent:
Contact agent
Redman Contacts:
Send Redman a message
« previous next »