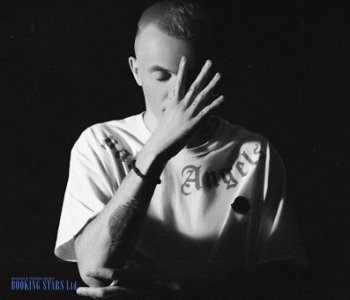 Regard - Dardan Aliu is a Kosovo-based DJ and producer under the stage name Regard. Dardan Aliu was born on July 23, 1993 in Germany. The future DJ spent his childhood and youth in Kosovo, where he lived with his family.

Dardan does not disclose information about his family and how his childhood went. It is known that he was fond of music as a teenager, performed duties of a DJ at school discos. Parents supported their son when he decided to build a musical career. For this, Regard is infinitely grateful to them. After receiving school education, Dardan Aliu played in nightclubs for a long time.

Dardan graduated from high school in Kosovo. There is no information that the guy continued his studies and got a profession.

His DJ career began in 2008 when he pioneered the dance scene in the Balkans. He worked mainly with deep house music. Electronic music is life for Dardan Aliu. He approaches the creation of new compositions with all responsibility and creativity.

In 2019, Regard remixed Jay Sean's 2008 song "Ride It". The DJ became famous all over the world thanks to this track. A snippet of just 20 seconds blew up TikTok and made this song popular again.

The Kosovar DJ's remix was chosen as the soundtrack for more than 4 million videos and surpassed the original in popularity, reaching the top three spots on the music charts in Europe.

In July 2019, Ministry of Sound signed with Regard and released a cover version of Ride It as a separate single. In the first week, over a million users listened to the song online. With this label, the DJ plans to cooperate further and release new tracks.

Regard has an Instagram profile, where he communicates with subscribers, the number of which as of January 1, 2020 amounted to 49 thousand users. The Kosovar DJ is a YouTube Silver Button. After the track Regard went viral on Tik Tok, Spotify & Apple Music in 2019, all the world's music venues are ready to take it.

Dardan now resides in Miami Beach. The Kosovar DJ, thanks to his fame and good looks, is surrounded by attention from the girls. Despite this, he is not seen in a constant love relationship. On his social media pages, there is no photo or information about whether the DJ has a girlfriend.

Recently, the musician began to help young novice DJs, promoting their work. Regard states in his account, "Success is achieved by those who try and never give up." Dardan Aliu makes money on bitcoins. On Instagram, he posted a photo with a 4000 gold fee, and he also advises everyone to invest in bitcoins. Jay Sean, the author of the song, the remix of which brought fame to Regard, appreciates the work of the DJ and communicates with him.

Cost to book Regard:
Price inquiry
Regard booking agent:
Contact agent
Contacts:
Send Regard a message
« previous next »