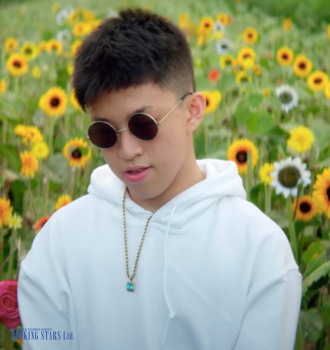 Rich Brian’s real name is Brian Imanuel. Before 2018, he performed under the pseudonym Rich Chigga. He was born on 3 September 1999 in Jakarta. The musician has Indonesian and Chinese heritage, which reflects on his unique appearance. Brian grew up in a big family and had older brothers and sisters. Imanuel’s father was a lawyer. However, the family didn’t have much money. That’s why the singer didn’t get a proper education. As a teenager, he worked in a café to help the family. Brian learned how to earn money from a very young age.

The artist spent all his free time using his parents’ computer. He wasn’t playing computer games as other 11-year-olds did. He was browsing YouTube channels, listened to rap. The boy even managed to learn some English. As a teenager, Brian filmed himself singing and uploaded videos to the Internet. He was inspired by such artists as Tyler, Childish Gambino, Macklemore, and 2 Chainz.

Brian’s hobby slowly turned into a wish to make a career. Since 2012, the musician has been working hard to write lyrics. He uploaded the cover version of Macklemore’s "Thrift Shop" to the Internet. Two years later, he recorded his first official song.

Brian began his career under the pseudonym Rich Chigga. In July 2015, he presented a single “Living The Dream” by uploading it to his YouTube channel. The single earned many views and caught the attention of some players in the music industry.

In 2016, the rapper released one more single "Dat $tick" produced by DJ Smokey. The song earned Rich Chigga international recognition. It got excellent reviews from such reputable artists as MadeinTYO, Ghostface Killah, Desiigner, Tory Lanez, 21 Savage, and others. The music video for the song was uploaded to YouTube and collected more than 90 million views. The single climbed to the 4th spot on R&B/Hip-Hop Singles and earned a platinum certification in the USA. At that time, many clubs tried to book Rich Brian’s performance.

In August 2016, the Indonesian rapper released a remix to his single "Dat $tick», recorded with Ghostface Killah and Pouya. A little later, the artist recorded “Seventeen”, the video for which became popular. It collected a million views on YouTube and SoundCloud.

At the beginning of 2017, the rapper went to tour the USA. The same year he moved to the country but didn’t get citizenship just yet. In May 2017, Brian recorded “Gospel" together with rappers XXXTentacion and Keith Ape. In half a year, the music video for the song collected over 21 million views.

At the 4th Indonesian Choice Awards, the musician got a prize as the Artist of The Year 2017. At the ceremony, he announced his plans for releasing a debut studio album.

In August 2017, the rapper released one more single "Glow Like Dat", which appeared on YouTube. In the fall, he went to tour the USA on "Come to My Party Tour". Upon returning, Brian recorded two songs, "Chaos" and "Crisis".

In February 2018, Rich presented his debut album, Amen, which he released under a new pseudonym, Rich Brian. The LP featured such guests as Joji, Offset, Niki, and August 08. It climbed to the 18th spot of Billboard 200 and appeared on the charts of Australia, Canada, Belgium, New Zealand, Denmark, and the UK. The hit songs were "Amen", "Occupied", "Glow Like Dat", and "Cold".

The artist is working hard to earn international recognition. He is diligently perfecting his style, recording new songs, and performing live. 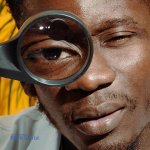 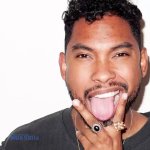