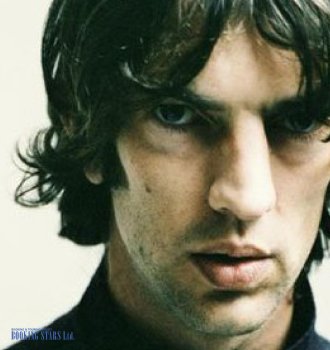 Richard Ashcroft was born on 11 September 1971, in England. He is a singer and a songwriter. Ashcroft is particularly famous for such hits as “A Song for The Lovers”, “Break the Night with Colors”, and “Check the Meaning”.

Richard was the only son of office manager Frank and hairdresser Margaret. When Ashcroft was 11, his father died from a stroke. Ashcroft attended Up Holland High School together with his future band members. Then he enrolled at Winstanley College, where he met Nick McCabe.

When Richard was young, he was interested in soccer and even played for a local team. For some time, he wanted to become a professional soccer player. But as he grew older, he realized that music was more important in his life.

In 1990, Ashcroft formed The Verve (initially called Verve) together with McCabe, Simon Jones, and Peter Salisbury. The band signed a deal with Hut Records and became famous for liking psychedelic music and drugs. They also enjoyed the Britpop style. In 1995, The Verve disbanded and Ashcroft wrote several songs, which he planned to include in his first solo album. However, by 1997, he changed his mind, reunited The Verve, and invited a new keyboardist Simon Tong. The same year, the reunited band released a very successful album Urban Hymns. Ashcroft was the driving force behind the group. He received an Ivor Novello Award for songwriting. In 1999, McCabe left the band and The Verve disbanded once more.

In 2000, Ashcroft released his first solo album Alone With Everybody. The LP was an immediate hit, topping UK Albums Chart and reaching the 127th spot on Billboard 200. The album was eventually certified platinum by BPI.

In 2002, Ashcroft released his second LP Human Conditions, which was slightly less successful than the predecessor. However, the third LP Keys to the World (2006) was also a big hit. It included a hit single “Break the Night with Colors”, which reached the third spot on UK Singles Chart.

Ashcroft released two more solo albums United Nations of Sound (2010) and These People (2016). Both of them were a big success. Ashcroft continues to work on new songs and performs live.

Richard Ashcroft is a great choice for your event! Book a legendary singer on our website online!