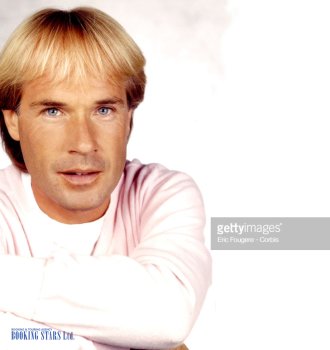 Richard Clayderman (real name Phillippe Pages) was born in Paris on December 28, 1953. His talent as a pianist brought him international recognition. Clayderman performs classical, semi-classical, and instrumental pop music. Throughout his career, Richard released more than 1300 records that sold more than 150 million copies. 267 records went golden in various countries, and 70 became platinum. Clayderman’s name is in the Guinness Book of World Records as the Most Successful Pianist in the World.

When Richard was 12, he enrolled in a music academy in Paris, where he was noticed for his extraordinary talent thanks to the close guidance of his father. Clayderman’s father was a music teacher and a professional musician. While Richard was studying, his father got sick and the family was on the brink of bankruptcy. So, the rising start had to get a day job while performing for money.
In 1976, Clayderman was invited to an audition for a ballad “Ballade pour Adeline”. The song was written by the famous musician Paule de Senneville for his newborn daughter Adeline. He easily beat the other 20 contestants and got the job. In just a few days, the ballad was recorded and immediately became successful. Over the years, more than 34 million copies of the record were sold in 38 countries. Clayderman’s work is not only popular in the United States and Europe, it’s favored in Asian countries as well. In some countries, Richard’s records fill the shelves of the music stores not leaving any space for such legends as Mozart or Beethoven.
Clayderman is a hard-working musician. He spends most of his life touring the world and performing. For example, in 2006, he gave 200 concerts in 250 days. Nancy Reagan called Richard “The Prince Of Romance” after hearing him play at a charity concert in New York in 1980. Many fans call Clayderman a master of romantic mood. His work is truly exceptional.

Book this celebrity for your special event online on our website!