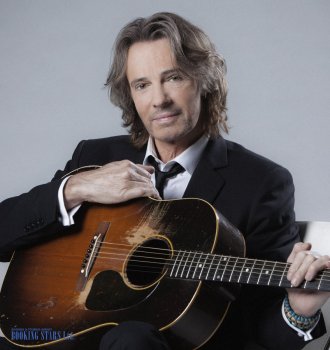 Rick Springfield was born was born on August 23, 1949, in Australia. He is a musician, singer, songwriter, actor, and author. Springfield is particularly famous for such hits as “Speak to The Sky”, “Jessie’s Girl”, and “Don’t Talk to Strangers”. He holds a Grammy award for Best Rock Vocal Male Performance.

Rick started playing the guitar when he was just 13 years old. Three years later, he formed his first band The Jordy Boys. Later he performed with the band Rock House.

In 1982, Springfield recorded his debut studio album Beginnings. The LP reached the 15th spot on ARIA charts and the 35th spot on Billboard 200. His next three albums weren’t as successful as the first one, but Rick didn’t give up.

In 1981, he released a single “Jessie’s Girl”, which immediately topped Billboard Hot 100 and ARIA charts. Shortly, it was certified platinum.

While working on his music career, Springfield decided to become an actor. He moved to Hollywood, where he was offered several roles on TV series. He appeared on such shows as Six Million Dollar Man, Battlestar Galactica, and The Hardy Boys/Nancy Drew Mysteries.

Rick Springfield is the best choice for your birthday party or any other corporate event! Fill in the application form on our website and enjoy the singer's performance!