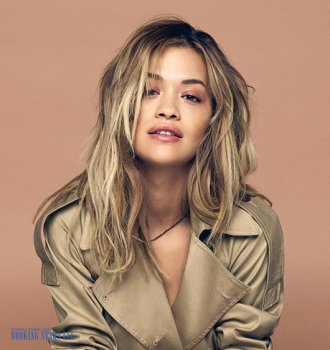 Rita Ora’s real name is Rita Sahatçiu. The unusual last name comes from celebrity’s Balkan heritage. Rita was born on 26 November 1990 in Pristina, Yugoslavia. The artist can’t remember her life there since due to political reasons, her parents immigrated to the UK in 1991. Rita has a brother and a sister. Her mom is a psychiatrist, and her dad is a financial manager of a local pub. Rita Ora began her singing career as a back vocalist for some of the bands performing at her father’s pub.

Rita showed her singing talent very early. Her parents tried hard to support it. The young woman studied at St Matthias Primary School and attended Sylvia Young Theatre School. Even though Ora has been singing since early childhood, officially her career began in 2008. She performed as a back vocalist for Craig David’s “Awkward” and Tinchy Stryder’s "Where's Your Love". She also helped James Morrison work on his album, Songs for You, Truths for Me.

In 2004, Rita landed a secondary role in the movie Spivs.

In 2009, Rita tried her luck on auditions for Eurovision 2009. However, she decided not to represent the country at the contest. Ora’s manager explained that such performance might make it harder for Ora to become a successful solo singer.

Since 2008, Rita has been working with Roc Nation label. With its help, she worked with Jay-Z on his song “Young Forever” and with Drake on “Over”. Even though Rita seemed to have secondary roles in the recording of other artists’ hits, she managed to make the right connections. In 2010, Rita had enough songs to record a studio album. However, the label was against it.

Rita was recording songs and uploading them on YouTube. Soon, she was noticed by DJ Fresh, who in 2011, was looking for a vocalist to record his new single “Hot Right Now”. The song came out in 2012. It topped UK Singles Chart. It was an impressive start for a young singer. She even was invited to perform as an opening act for Drake’s concert at Club Paradise Tour.

In 2012, Rita finally released her first studio album Ora. The lead single “R.I.P” recorded in May 2012 with Tinie Tempah topped UK Singles Chart. The second song from the LP, "How We Do (Party)", became a hit in the UK and Ireland. To support the album, Rita went on an Ora Tour. Upon her return, many organizers tried to book Rita Ora for private events.

In 2012, Ora appeared in Fast & Furious 6. After filming, she announced the upcoming release of the second studio album, which was delayed was several years.

In 2014, Rita released "I Will Never Let You Down" and "Black Widow". Both songs appeared in top-5 of UK Singles Chart. They also made it into the top 10 of Billboard Hot 100.

In 2015, Rita appeared in Fifty Shades of Grey and Southpaw. She also released a hit single “Poison”, which came in third on UK Singles Chart.

After taking a short break, in 2017, Rita released one more popular single “Your Song”. It topped the charts all over the world. The song will become a part of her upcoming album Phoenix, which is expected to be released in November 2018. The LP will also feature such hits as "Anywhere", "Let You Love Me", "First Time High", and "Only Want You."

In 2018, Rita has been working on two movies, Fifty Shades Freed and Wonderwell. She records new songs and performs live. 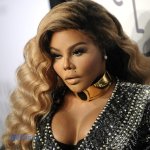 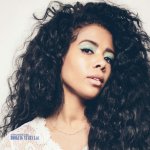