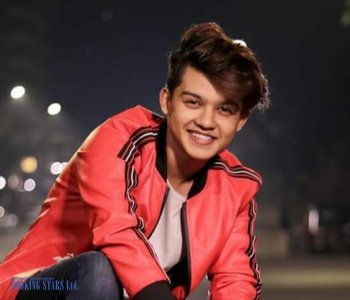 Riyaz Aly Afreen (Born: 14 September 2003) is an Indian Internet Celebrity, fashion blogger and a popular social media (Tik-Tok) influencer. He is popularly known as Riyaz Aly. Riyaz is famous for lip-syncs musical videos on the popular app TikTok. Riyaz makes his first debut in the Youtube music videos in the song “Yaari hai”(2019) sung by Tony Kakkar starring with Siddharth Nigam & Twinkle. The 15 years-old social media star is famous for his amazing looks, latest fashion outfits and hairstyle. Riyaz Aly has more than 23 million Tiktok followers which made him currently the most Followers Celebrity of Tiktok app in India. He was born on 14 September 2003 and his age is 16 years as of 2020.

Riyaz Aly was born in Alipur Duar in the state of West Bengal, India and brought up in Jaigaon, Bhutan. He is currently studying at Hanuman Mandir Dharamshala (SHMD School) Jaigaon, Bhutan. Riyaz belongs to a middle-class family living with mother & father and a sister. His fathers’ name is Afroz Afreen & mother’s name is Shabnam Afreen and has a sister named Riza Afreen.

Initially, Riyaz made lip-syncs & dubbed videos of Bollywood & Punjabi songs on the popular musical app Tiktok. Because of his acting talent and good looking the star kids able to gain notice millions of users in India. Currently, has more than 23 million Tiktiok followers and more than 5 million Instagram users. Though there are millions of followers, the actor is mostly followed by the girls, as he is so popular because of his looks and hairstyle. Now the social media influencer is associated with many commercial brands and done many ads with them.

The famous Tiktok star also appeared in the Punjabi music videos on Youtube like “Yaari Hai” of Tony Kakkar.

He also made the Youtube music videos in the song Pahadan (2019) sung by Rajat Nagpal starring with Avneet Kaur.

The very young actor no doubt will make his way to the entertainment industry in the near future.

Riyaz Aly is very young and pursuing his studies in High School and has no girlfriend yet.

Riyaz Alm Afreen is socially very active and popular on Social Media. Below is the username of his social accounts.