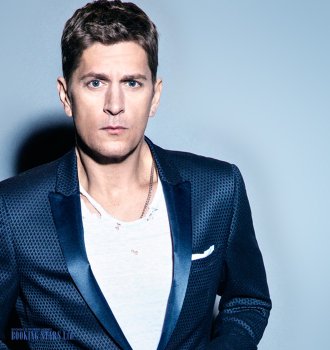 Robert Thomas was born on February 14, 1972, in Germany. He is a singer and songwriter. Thomas is particularly known for his work with the band Matchbox Twenty. His famous solo hits are “Lonely No More” and “Her Diamonds”. Thomas holds several awards, including three Grammies.

Even though Thomas is famous for his work with Matchbox Twenty, he released several very successful singles and albums. His song “Smooth” (1999) brought Robert three Grammy Awards and a worldwide recognition.

When Robert was just 13 years old, he was already dreaming about a music career. At 17, he ran away from home and started driving around South Caroline offering his music services to anyone, who would agree to accept them. For several years, Thomas performed as an opening act for local groups.

In 1993, in Orlando, he formed a band Tabitha’s Secret. Even though the band wasn’t very successful, it managed to release several albums and earn some popularity. However, the band didn’t stay together for a long time. As soon as Thomas left the group, he formed a new one called Matchbox Twenty. The band debuted in 1996 and immediately became very successful. The debut LP sold 25 million copies. For Matchbox Twenty Robert wrote such famous songs as “Real World”, “Back 2 Good”, and “3 AM”. They topped various charts for many weeks.

Thomas gained solo popularity thanks to his work with Carlos Santana. He wrote the song “Smooth” for the album Supernatural and received 3 Grammies. People magazine called Rob one of the most beautiful people on the planet. After the success with “Smooth”, Thomas was invited to many different projects with such artist as Paul Wilson, Mick Jagger, Bernie Taupin and others.

In 2005, Rob decided to pursue a solo career and released his first album Something To Be. The LP immediately topped Billboard 200 and ARIA charts. It was certified platinum by RIAA twice. The song “Lonely No More” stayed in the top-10 of Billboard 100 was several weeks. His next two albums Cradlesong (2009) and The Great Unknown (2015) were less successful but stull very popular. Thomas continues to write new songs and performs live.