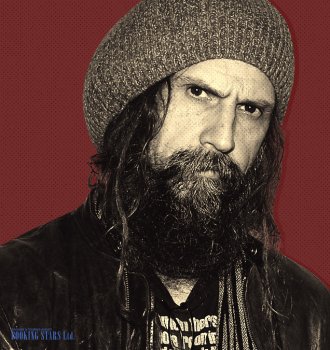 Rob Zombie was born on January 12, 1965, in Massachusetts, USA. He is a musician and a filmmaker. He is particularly famous for such hits as “Dragula”, “Feel So Numb”, and “Never Gonna Stop”.

Rob Zombie (real name Robert Cummings) was interested in music and movies ever since he was a child. Together with his brother Michael, Rob watched horror movies, read comics, and listened to music. Both boys were interested in arts and design. However, Mike quit college, where he studied arts with Rob and decided to dedicate his time to the music. Rob graduated and moved to New York to try to become a publisher. In New York, he had a hard time, snagging various jobs, including a postman, and porno magazine layout artist. At the same time, he met Shauna Reynolds, who shared his passion for music.

In 1985, they formed a band called White Zombie. The band was playing heavy metal music mixed with hardcore aggression, and rhythmical industrial style. The lyrics included elements of horror. The band became very famous in New York. Their LP Soul Crusher was a hit. The band was very successful, releasing several albums and giving many tours. Their last remix album Supersexy Swingin’ Sounds was released in 1997 and the group disbanded. This allowed Rob to pursue a solo career.

In 1998, he released a hit LP Hellbilly Deluxe. The album reached the 5th spot on Billboard 200, sold over 2.6 million copies in the USA and was certified platinum. Zombie went on a tour in support of his first album, which was also a success.

In 2000, Rob wrote a soundtrack to the movie Mission Impossible 2.

In 2001, Zombie released his second LP The Sinister Search. It was less successful than the first album, reaching the 8th spot on Billboard 200 and selling about 750,000 copies in the USA. The same year he recorded a song “Iron Head” together with Ozzy Osborne.