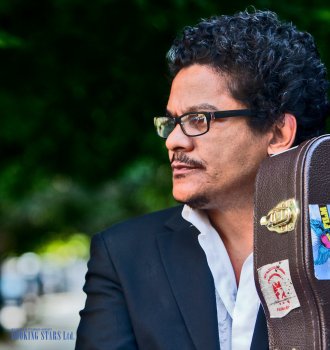 Roberto Poveda was born in Cuba. Coming from a family of musicians, he was a big fan of music since childhood. His grandfather Marcelino Lopez was a folk singer. Poveda became one of the first followers of the New Trova (Nueva Trova) movement. For some time, he lived in Columbia, where he tried himself as an actor.  Roberto was very successful and performed on TV. However, he never forgot about his love for music. While pursuing an acting career, he continued to write new songs. Eventually, Poveda moved to the USA, where he continued writing songs for the fans of Latin music. In America, he worked with a famous label Peermusic.

Poveda’s music is very emotional. His lyrics are very deep yet filled with humor. Roberto started writing songs when he still lived in a crowded Cuban neighborhood La Vibora. Cuban music world quickly realized how talented the artist was. He was invited to perform at many different events. It was tough to book Roberto Poveda due to his popularity. He even performed at a prestigious Gran Teatre De La Habana.

At the beginning of his career, Roberto experimented with different styles. His music was born under the influence of bolero, rumba, samba, salsa, jazz, and hip-hop.

Poveda’s love for music and experiments led him to the Colombian city of Bogota, where he spent 8 years, doing what he loved. He sang and performed in the music theater and pursued an acting career on television.

In 1997, Poveda moved to Miami, where he signed a contract with a large label, which worked with Latin performers. Peermusic allowed Roberto to release many albums and promote them all over the world.

In 2004, Roberto recorded his famous studio album Son Electrico. One of the songs from the LP was chosen for a compilation Latin music album Latin Lounge (2006). Later, Roberto met a famous producer Alfredo Triff, together with whom they recorded three successful albums Boleros Perdidos (2006), DadaSon (2009), and Miami Untitled (2013

While touring the USA, Poveda met a talented jazz musician Kip Hanrahan. Together they recorded an LP At Home in Anger (2012). In 2010, Poveda performed at the Ljubljana and Lugano festivals

In 2012, Poveda got a chance to work with a British musician Fima Ephron. Together they recorded an album Brooklyn Nights.

While working in different countries, Poveda came up with his own unique style. He masterfully combines styles and genres and writes deep lyrics. A rich life experience allows Roberto to create songs, which are popular among Latin music fans in Cuba, USA, and other countries.

It’s worth mentioning that the years spent in the USA didn’t affect Poveda’s love for traditional Latin genres. He doesn’t just pay tribute to tradition but gives new generations a chance to rediscover their roots. 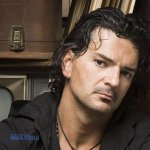