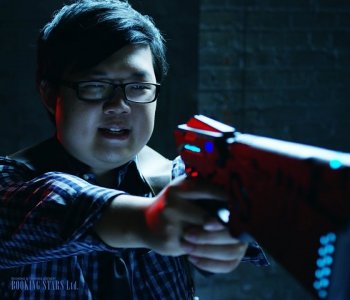 About
He and his former partner Brandon Laatsch (BrandonJLA) are well known for their skills in special effects. Many of his videos are tributes to video games such as Portal, Battlefield 3, and Mario.

Now a studio/production company, lead by Wong, the creator of the channel, it specializes in distributing short and feature films, TV Shows, live streams, and even tutorials, all for entertainment. The channel currently has over 8 million subscribers, peaking as the fifth most subscribed channel from February to June 2012, surpassing Shane Dawson.

During its peak in subscriber rank, the channel was only behind Ray William Johnson, Nigahiga, Smosh, and Machinima.

However, the channel left the top ten most subscribed in April of 2013, ten months after it losing its peak subscriber rank to Jenna Marbles.

Freddie has a second channel (RocketJump 2), which contains behind-the-scenes to his videos, and his podcast, Story Break.

He also has a third channel, RocketJump Film School, which teaches their fans how to become professional film-makers.

All three channels are among the most viewed of all time, while having a random upload schedule as well.

RocketJump is also known for the three seasoned web series Video Game High School, which Freddie wrote, directed, and starred in as a fictionalized version of himself. The series has won various awards and nominations spanning from 2013 to 2015, including being named as the #1 web series by Variety in 2013.

Wong has also done videos with many other YouTubers such as Ray William Johnson, EpicMealTime, Smosh, and DeStorm.

In 2015, RocketJump partnered with Hulu to make a behind-the-scenes documentary series titled "RocketJump: The Show". Other projects are in progress.