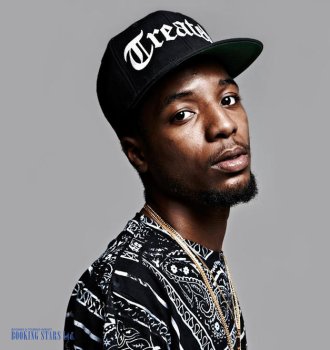 Rockie Fresh's real name is Donald Pullen. He was born on 16 April 1991 in Chicago, Illinois. Not much information is available about his childhood. In interviews, the rapper revealed that in his youth, he was influenced by such musicians as Patrick Stump from the rock group Fall Out Boy and Joel & Benji Madden from Good Charlotte.

The rapper’s career began in 2009 when Rockie was just 18 years old. He self-released the first series of mixtapes without anyone’s assistance. In 2009, the aspiring rapper presented his first mixtape, Rockie's Modern Life. It didn’t make it into popular charts but became successful on the local level and helped Donald demonstrate his talent.

In 2010, Donald presented his second mixtape, The Otherside. It didn’t earn any substantial recognition but brought the rapper valuable experience and became an important step on his way to success.

In July 2011, Rockie released his next mixtape The Otherside Redux. The same year, he recorded a non-album single “Spotlight”, which earned some popularity but didn’t appear in any charts.

A year later, Fresh came up with another mixtape, Driving 88. The album was more successful than the rapper’s previous work. The single "You A Lie (Remix)", recorded with Rick Ross, became a local hit.

The year 2013 was very busy for the singer. He presented three mixtapes, Electric Highway, The Birthday Tape, and Fresh Veggies (recorded with Casey Veggies) in January, April, and December accordingly. However, the most important work of the year was the album, Self Made Vol. 3, recorded with other rappers under the Maybach Music Group label in September. The rights to the album also belonged to Atlantic Records. Besides Rockie Fresh, the album featured such rappers as Stalley, French Montana, Meek Mill, Wale, Omarion, Rick Ross, Gunplay, and Young Breed. The guests of the LP were Pusha T, Lil Boosie, Birdman, J. Cole, Fabolous, Hit-Boy, Yo Gotti, Lupe Fiasco, and many others.

The album reached the top of Top R&B/Hip-Hop Albums Chart and came in 4th on Billboard 200. It also appeared on the 182nd position of the French Albums Chart, which was a big success for all rappers. The most popular songs from the LP were, "God Is Great", "The Great Americans", "Black Grammys", and "What Ya Used To". Most of them were recorded with the assistance of Rocky Fresh.

It’s worth noting that all three mixtapes recorded in 2013 were released with Maybach Music Group as well. Donald finally signed a contract with an official label. It turned out to be a wise decision.

In 2014, the rapper worked with other artists. He got a chance to collaborate with G-Eazy and Tory Lanez on “Been On (Remix)”. He also helped French Montana with “Finals 2” and RZA with “Makin Moves”. Rockie was a popular guest on the famous rappers’ albums.

In 2018, the rapper recorded a non-album single “No Satisfaction”. It received a wide acclaim.

Rockie Fresh is working hard, releasing one mixtape after another and collaborating with other artists. He has all the chances of becoming one of the most popular rappers of the 21st century. 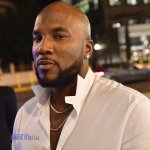