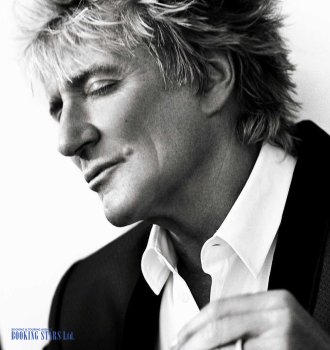 Rod Steward was born on January 10, 1945, in London. He is a rock singer and a songwriter. Steward is particularly famous for such hits as “Have I Told You Lately”, “All For Love”, “You’re In My Heart (Final Acclaim)”. He was inducted into UK Music Hall of Fame in 2006. Rod holds numerous music awards, including a Grammy.

Steward has Scottish and English roots. He was the fifth and the youngest child in the family. At 15, Steward quit school and worked as a local postman. All family members were soccer fans and Stewart tried to join a local team but wasn’t accepted.

In 1961, Rod was invited to an audition by a famous producer Joe Meek. However, Meek was disappointment with Rod’s performance. The next year, Stewart joined the band The Ray Davies Quartet, which later became known as a successful British group The Kinks. Soon, Stewart had to leave the band due to some disagreements with other members.

After being disappointed in rock and roll, Rod became inspired by blues and soul. Upon returning to London, he joined a rhythm and blues band Dimensions, which performed at the famous London club Studio 51. Soon Stewart quit the band and decided to start a solo career.

He created several demo records and signed a deal with Decca Records. Soon he recorded his first single “Good Morning Little School Girl”, which failed to make the charts. Steward tried to join other bands and for some time worked with Steampacket and Shotgun Express. Both bands weren’t successful.

In 1968, Rod released his next solo single “Little Miss Understood”, which was also a failure. A year later, Rod released his first studio album An Old Raincoat Won’t Ever Let you Down, which was a mix of folk, rock, country, and blues. The LP reached the 139th spot on Billboard 200. The next albums Gasoline Alley, Every Picture Tells a Story, and Never a Dull Moment became very successful, getting high spots on the charts and good reviews from the critics.

Rod Stewart became an international celebrity, whose albums were huge hits, topping the charts and going platinum. He took a short break in the 1990’s but then continued his music career in full force. Each one of his new albums is a success. Rod’s latest LP to date Another Country (2015) was certified platinum and reached the 2nd spot on Billboard 200. Rod continues to write new songs and performs live.