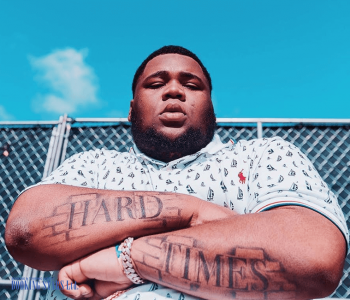 Adept at swinging from gruff to sweet within one line, Rod Wave is a rapper and singer who swiftly advanced from local up-and-comer to Alamo Records signee. The Top Ten Billboard 200 entry Ghetto Gospel capped off his slew of full-length releases across 2018 and 2019.

For Rod Wave, born Rodarius Green, recording was initially just a pastime facilitated by his father (who bought him a microphone) and his brother (who gave him a computer). He didn't intend to make a career out of it, but early tracks circulated by his producer found an audience in his native St. Petersburg, Florida, and additional material and live shows led to a deal with the Universal-affiliated Alamo Records. Still a teenager, Rod put together multiple volumes in his Hunger Games series and also released a handful of singles in 2018 alone.

He was even more productive the following year, releasing PTSD (with Bay Area legend E-40 the only guest), appearing on E-40's "Made This Way" (his highest-profile guest verse to that point), and hitting number ten on the Billboard 200 with Ghetto Gospel. The latter debut studio full-length was executive produced by Kevin Gates -- an early inspiration -- and was boosted by a remix of the single "Heart on Ice" featuring Lil Durk.

Rod returned in April 2020 with his second studio album, Pray 4 Love. The record debuted at number two on Billboard Top 200 and spawned the Top 20 Hot 100 single "Rags2Riches" featuring Lil Baby. A deluxe version of Pray 4 Love arrived that August and included a second version of "Rags2Riches," as well as the track "Sack Right" featuring Yo Gotti.