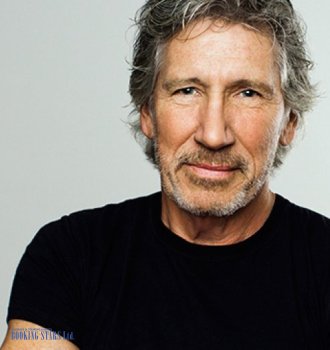 Roger Waters was born in 1943 in Great Bookham, England. His parents were schoolteachers. Roger’s father died during WWII when the boy was just 5 months old. His mother moved to Cambridge and brought Roger and his older brother up on her own.

Waters attended junior and high school in Cambridge. In high school, he met Syd Barrett and David Gilmour, who later became a part of a famous group Pink Floyd. While studying, Waters was into sports, playing rugby and cricket. The young man was part of the pacifist movement. The artist remembers his school years with some sadness, noting considerable bullying among students and teachers. After graduating high school, Rogers enrolled at a university in London to study architecture. At the university, he met Pink Floyd’s future co-founders Nick Mason and Richard Wright.

In 1963, Waters, Mason, and Wright worked with Keith Noble and Clive Metcalfe to form a band called Sigma 6, which performed at local private events. The band rehearsed in the university basement. By the end of the year, Noble and Metcalfe left. Barret joined the group. After several name changes, the group was dubbed Pink Floyd.

In August 1967, the group released its first LP, The Piper at the Gates of Dawn, for which Waters wrote one song, “Take Up Thy Stethoscope and Walk”. At the beginning of 1968, Barret left the group, and David Gilmour joined it. After the lineup changes, Roger Waters became the leader of the group. He wrote the majority of songs for such albums as The Dark Side of the Moon, Wish You Were Here, Animals, The Wall, and Final Cut.

The LP The Wall, which came out in 1979, was a big success, reaching the third spot on the UK Albums Chart and topping Billboard 200. Waters worked hard on that album. After the release, the group went on a concert tour. However, the relationship between the members was worsening.

In March 1983, they presented an LP, Final Cut, which was mostly devoted to the Falkland War. Gilmour didn’t appreciate the subject as much as Waters. The two group leaders started having major disagreements.

In April 1984, Roger released his first solo album, The Pros and Cons of Hitch Hiking. It reached the 13th spot of the UK Albums Chart and came in 31st on Billboard 200. Waters went on a concert tour to support the album, but it turned out to be a commercial disaster. Not enough tickets were sold. In 1985, Roger left Pink Floyd.

In 1986, Waters worked on the music for the animated movie When The Wind Blows, which described the life of an elderly couple after a nuclear war. In June 1987, the artist presented his second LP, Radio K.A.O.S., which settled on the 25th spot of UK Albums Char Chart. The lead single “Radio Waves” climbed to the 12th position of US Mainstream Rock Chart.

In September 1992, the singer released his third LP, Amused to Death, which settled on the 8th spot of the UK Singles Chart and came in 21st on Billboard 200. Many organizers tried to book Roger Waters for private events, but, back then, he was too busy giving concerts.

In 1999, Waters went on a concert tour, In The Flesh, which was successful in the USA. The recorded concert was released in 2000 under the name In The Flesh – Live. In May 2002, Roger presented a compilation album, Flickering Flame: The Solo Years Volume I, which featured his hits from 1983 to 2001.

In July 2005, Waters, Mason, Wright, and Gilmour performed at a charity concert Live 8. In September, the artist presented a concept album, Ça Ira, which prompted mixed reviews from the critics but still reached the 5th spot of Billboard Classical Music Chart.

In June 2006, Water went on a new tour, Live The Dark Side of the Moon. Since 2008, the artist continued performing live while working on a new album.

In June 2017, Roger presented his new LP, Is This the Life We Really Want? It came in third on the UK Albums Chart and climbed to the 11th spot of Billboard 200.

Roger Waters continues recording new hits and giving concerts all over the world.