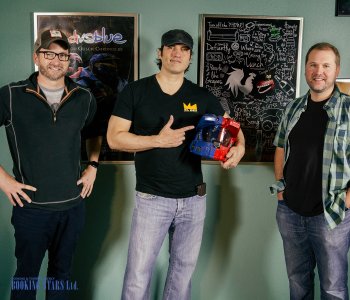 Rooster Teeth Productions, LLC is an American video production company headquartered in Austin, Texas. Founded in 2003 by Burnie Burns, Matt Hullum, Geoff Ramsey, Jason Saldaña, Gus Sorola, and Joel Heyman, Rooster Teeth is a subsidiary of Otter Media, which is itself a subsidiary of WarnerMedia Sales and Distribution, a division of AT&T's WarnerMedia.

Rooster Teeth began with the production of Red vs. Blue, which premiered in April 2003 and is still in production, making it the longest-running episodic web series of all time. Due to server and web hosting costs, the founders created "Sponsorships" which is now known as "FIRST", a subscription to exclusive and earlier access to content and discounts on their merchandise store, among other benefits. The company later branched out into live-action shorts, series, comedy, Let's Play videos, and full animated productions. Other projects include reality shows, video game development, entertainment news programs, and podcasts. In 2015, Rooster Teeth released its feature-film debut Lazer Team, a science-fiction action comedy. The company hosts an annual convention, RTX, in several cities around the world.