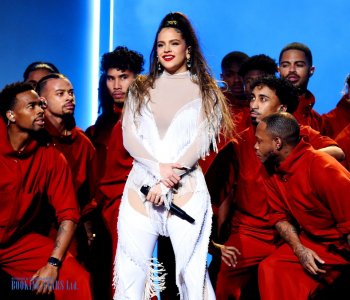 Rosalia - Rosalia Vila was born on September 25, 1993. She first lived in Sant Esteva Sesrovires, Barcelona, ​​Spain. But at an early age, her family moved to New York. Parents are plastic artists, and by profession they had to constantly change their place of residence. Consequently, Rosalia has visited many cities in the world and had the opportunity to experience different cultures. The cities that remained the most in the heart were Paris and Barcelona. At the age of 13, she began attending music lessons, alternating with academic education. Rosalia studied cello and musical composition. A favorite place was the town of Camarón de la Isla, or rather the park in it, where people turn on loud music in their cars and most often plays flamenco. Three years later, José Miguel Vizcaya "El Chiki" became her classical flamenco teacher.

After a long training, the musical career of a young talent began. Rosalía Vila be able to perform not only flamenco, but also genres of music such as soul, jazz, pop and others. She created her unique style thanks to her special tone of voice. During 2013, she participated in the Panama International Film Festival with Juan Gomez "Chicuelo". Rosalia has also been to the Grec Festival in Barcelona, ​​along with Carmen's contemporary dance studio.

Her work that year became popular, and the following year she managed to become the winner in the category Climax of the Year according to Espriu at the Palace of Music. A year later, she had to travel to Singapore to take part in a show with La Fura dels Baus. Rosalia collaborated with Rocio Márquez on the presentation of her album El Niño at the Primavera Sound Festival. Vila has also participated in the International Music Festival in Cadaques and the Festival in Jerez 2016. Her performances were highly appreciated and received very good comments.

After several months of painstaking work, the young Spanish woman released the album Los Angeles on February 10, 2017. This project was carried out in collaboration with producer and musician Raul Refri. And he was sent on two small tours in some states in North America. Luckily for the artist, her musical work was nominated for a Latin Grammy and was voted the best album of the year in Spain. In 2018, she topped the El Mal Querer chart with Malamente singles. The track was very innovative because it combined urban sounds like folk with traditional flamenco and R&B. The clip has amassed a million views in 24 hours on YouTube video hosting. He received two Latin Grammy awards, Best Urban Fusion / Interpretation and Best Alternative Song. The video also won the Best Short Video nomination.

In May 2018, she released the first single from her second album. Finally, in August, Rosalia announced to her social media fans that she would officially release her third single Say My Name at the end of October 2018. It will be based on traditional tango melodies from Repompa de Málaga and clips in Mayan clothes.

Rosalia, to the rhythms of Bob Dylan, Queen and Supertramp, is able to gain a full house at her concerts, with which she often visits Spain. Guitarist Pepe Habichuela says that even though she is so young, she is capable of singing like a professional flamenco.

Rosalia has over 5 million Instagram followers at the moment.