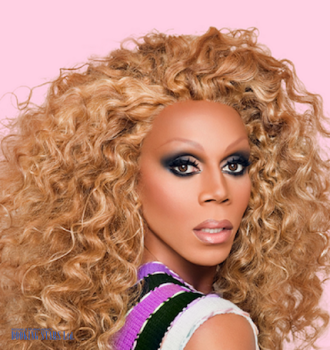 RuPaul is a famous singer, actor, model, and songwriter from the United States. He became famous in the 1990s after filming several TV shows and recording successful studio albums. The artist is well known for his drag appearance. He positions himself as both male and female.

RuPaul Andre Charles was born in San Diego on November 17, 1960. His parents were always fighting. When the future celebrity was just 7 years old, they eventually divorced. Later, in some of the interviews, RuPaul said that a poor environment in his family helped him become independent early.

Andre wanted to become famous since childhood. His mother often told the boy a story about meeting a fortuneteller when she was pregnant with him. The old woman told the artist’s mother that the child she was carrying would become a big celebrity. RuPaul chose to believe the story and did everything possible to make it come true. The aspiring artist was a big fan of David Bowie and Flip Wilson.

In 1976, RuPaul moved to Atlanta. He decided to become a drag queen to show his protest against the common rules. It was easy to appear different just by using intimidating outfits. In San Diego, Charles was always an outcast in school. He decided to capitalize on that quality after moving to Atlanta.

The artist performed on stage. He sang and filmed amateur movies. At that time, the singer put on some makeup but didn’t dress as a woman just yet. He demonstrated naked parts of his body and looked downright unusual.

After some time, RuPaul moved to New York and became a popular act in the local nightclubs. For some time, he had to live on the streets. The artist joined many local bands and acted in amateur movies.

By the time Charles turned 30, he decided that he looked better as a woman while not feeling comfortable as a man. Eventually, he turned into a pop diva, started using plenty of makeup, dress like a woman and act like one as well. Some people called RuPaul’s alter ego a monster. However, the artist was more than happy with his new image.

In 1992, RuPaul turned into an international celebrity, just as the fortuneteller predicted. The first popularity came to the artist with his debut single, "Supermodel". Later, it became a part of the debut LP, Supermodel of the World, which topped Top Heatseekers chart. The same year, the singer got a chance to perform on the same stage with Elton John.

The popular young artist was invited to sing at the MTV Awards ceremony. Behind the scenes, RuPaul got into an intense argument with a famous comedian, Milton Berle. However, on stage, they just exchanged jokes.

The same year, the artist presented a new album, Foxy Lady, which came out with the assistance of Rhino Records in Los Angeles. Even though the artist was at the peak of his popularity, the album didn’t make it into Billboard 200. However, the single “Snapshot” featured in the LP, became a hit and appeared on Billboard Hot 100. At that time, many fans wanted to book RuPaul for private events.

In 2004, the singer presented his new LP, Red Hot. It was released with the assistance of the artist’s label, RuCo Inc. Songs featured on the album played in nightclubs and on radio stations. The single "Looking Good, Feeling Gorgeous" conquered dance charts.

In 2009, the artist became a producer and a host of his reality show called RuPaul's Drag Race. The project brought the talented singer two Emmy awards in 2016 and 2017. Unlike many travesty celebrities, Charles sometimes uses his male image.

Some fans know RuPaul as a talented actor. He appeared in such movies as The Truth About Jane, Zombie Prom: The Movie and many others. The artist also landed secondary roles in many different TV series, including Sabrina, the Teenage Witch and Girlboss.

The artist recorded a dozen studio albums, the latest ones of which were American and Christmas Party, released in 2017 and 2018 accordingly. In 2018, the artist got another Emmy was his show RuPaul's Drag Race. 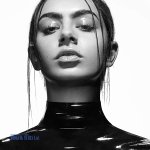