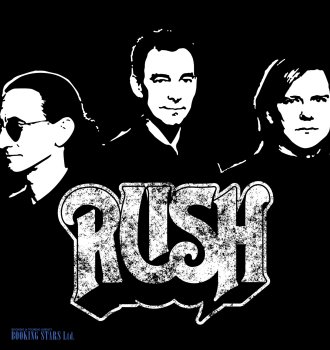 The rock band Rush was formed in Toronto, in 1968. The current lineup includes Geddy Lee, Alex Lifeson, and Neil Peart. The band is particularly famous for such hits as “Closer to the Heart”, “The Spirit of Radio”, and “New World Man”. The band holds numerous awards, including several Juno awards.

Alex Lifeson and Geddy Lee decided to call their band Rush in order to become part of the rock generation, represented by such bands as Who, Beatles, and Rolling Stones. Both musicians were born in Ontario, where they found a drummer John Rutsey, who used to perform cover versions to the songs by Led Zeppelin, Iron Butterfly, and Cream. Soon the band went to Toronto, where they performed at such venues as The Gasworks, The Running Pump, and Old Abbey Road Pub.

In 1973, Rush signed a contract with SRO Productions and released their first album Rush with the support from Moon Records. The LP was successful, reaching the 68th spot on Canadian Album Chart and entering Billboard 200. After some time, Rutsey left the band due to health problems. He was replaced by Neil Peart. Peart became a drummer and a songwriter.

Rush was quickly changing from a straightforward 4-chord group into a solid representative of a progressive rock. Their second album Fly By Night (1975) reached the 9th spot on Canadian Albums Chart and was eventually certified platinum in the USA and Canada. The same year, they released another LP Caress of Steel, which wasn’t as popular but received great reviews from the critics.

In 1976, the band released 2112. It was also quite successful. The LP became part of the Canadian music culture thanks to the songs based on the futuristic concepts created by American author Ayn Rand.

In 1977, Rush recorded their first commercially successful LP A Farewell to Kings. It included a hit single “Closer to the Heart”, which was getting high spots on the charts. The album also contained several hit progressive rock songs such as “Spirit of Radio”, “Limelight”, and “New World Man”. The band went on to create hit LPs and singles. Their last studio album to date Clockwork Angels (2012) topped the Canadian Albums Chart. Rush continues to record new songs and performs live.

How much does it cost to book Rush:
Price inquiry
Rush booking agent:
Contact agent
Rush Contacts:
Send Rush a message
« previous next »