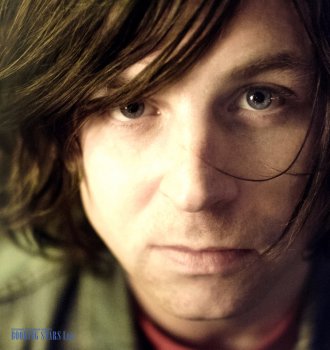 Ryan Adams was born on November 5, 1974, in North Carolina, USA. He is particularly famous for such hits as “New York, New York”, “Let it Ride”, and “So Alive”. He was nominated for several Grammies and won one Q Award.

David Ryan Adams made first steps toward his music career by joining the punk band Patty Dyke Syndrome, when he was still in high school. He was influenced by such groups as Dead Kennedys and Sonic Youth. However, Ryan soon made a decision to turn to country and folk style, which suited his desire to express his feelings.

In 1994, Adams formed a band called Whiskeytown. The lineup included Caitlin Cary, Phil Wandscher, Eric "Skillet" Gilmore, and Steve Grothman. The band released just two albums Faithless Street and Strangers Almanac and disbanded. The reason was various arguments between the band members, excessive drug and alcohol use, and lack of success they hoped for. However, the image Ryan created when working with Whiskeytown served a great purpose. He became popular and the disbanding of the group didn’t affect his career.

After spending some time thinking about what to do next, Adams decided to work on his own songs and polish his popularity by spending time in different nightclubs with his friends Gillian Welch and David Rawlings. He seemed to be slowly forming a new team by inviting new members but eventually, Adams decided to start a solo career.

In 2000, he released the first studio album Heartbreaker. The LP reached the 140th spot on Billboard 200 and 183rd spot on UK Albums Chart. Adams worked on this LP together with Ethan John, Rawlings, and Welch.

In 2001, the band released another album Gold. It was much more successful than his previous work, reaching the 59th spot on Billboard 200 and the 20th spot on UK Albums Chart. The LP was certified gold in the UK.

Ryan Adams proceeded to release 14 more studio albums. He was working hard to release at least one album per year. His latest album to date Prisoner (2017) was a big success, reaching the 8th spot on Billboard 200 and the 3rd spot on UK Albums Chart. Adams continues to record new songs and performs live.