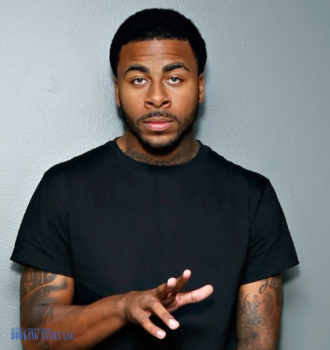 The real name of the musician who performs under this stage name is Dominic Wynn Woods. He is known as a producer, songwriter and rapper. Dominic was born in June of 1992. He started recording music in his early childhood. His brother helped him. The fact is that he never took lessons to learn how to mix and make beats from a professional. He learned it all by himself and improved the skills. Well, it can be said that his effort and time spent on it paid off. His music became quite popular all over the world and earned him a fortune.

He made his first song available on MySpace. The single was entitled “You Should Know”. It became a great success very fast. More than 3 million people watched it during the first days after it was uploaded. Some time later, he was offered a contract with Black Money Music Group and was invited to join The HBK Gang. This collaboration contributed to his popularity as from then on he could perform more and distribute his songs better.

In 2013, lots of labels were willing to start working with him offering support for his upcoming releases and quite beneficial in terms of money deals. Some of them are Epic Records, Bad Boy and Atlantic Records. Columbia label offered him a contract worthy of $15 million. Dominic didn’t accept it and signed a contract with Universal Republic in August of 2014.

One of his most successful and popular hits is the single “Gas Pedal” that he released in collaboration with Iamsu!. The single gained the 29th position on the Billboard Hot 100 chart and reached top positions on the R&B Hip-Hop Songs and Hot Rap Songs. One more single he produced was also included in the Hot R&B Hip-Hop Songs and Hot 100 charts. The single is entitled “Red Nose”.

You may wonder why he decided to use this exactly stage name. Actually, the name involves the color of his eyes and his star sign.