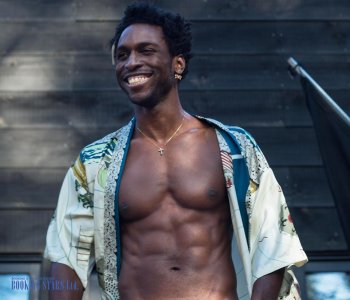 Saint JHN - Carlos was born in Guyana, the only English-speaking country in South America. Childhood was barefoot and poor.

His father, "was a hustler," did not seem to be very successful in trading everything. Therefore, one day his mother got tired of selling food stamps in the jungle, and she, taking her two schoolchildren, left for the States. Having got a job as a nurse in Brooklyn, the second most populous borough in New York, she remembered that it would be nice for the boys to finish their studies and sent them back to Guyana.

The first rap album for SAINt JHN to enjoy was the cassette Vol. 3 ... Life and Times of S. Carter [1999] Jay Z. It would be strange to expect any other choice from a guy who has been to Brooklyn.

The elder brother and his friends were the only reference group for the young Carlos. Therefore, when I saw my brother reading his first squares, I tried to repeat after him. Once, passing off his brother as his stolen lines, he delighted his classmates ("Kids thought I was a genius").

Back in Brooklyn as a 15-year-old highschooler with a full notebook of terrible raps, he felt like Hov.

After entering the now closed South Shore High School, from which, for example, Ill Bill was a graduate, he continued to write, listening to Jay Z.