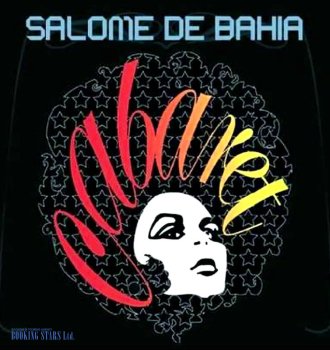 Salome de Bahia was born in Brazil. Not too much information is available about her childhood besides the fact that she always wanted to become a famous singer. Her career took off in Brazil in 1957. However, for a long while, she couldn’t record anything successful.  In the 1960’s, it was easy to book Salome de Bahia. She performed at bars and restaurants hoping to be heard. Sometimes Salome sang at private events.

In 1994, Salome decided to try her luck in Paris where she met a French DJ and producer Bob Sinclair. Bahia was singing at a jazz café, which Bob Sinclair often visited. He helped Salome become famous. She conquered his heart with her voice and ability to perform different music genres, such as bossa nova, salsa, jazz, and even electronic music. Sinclair immediately saw Salome’s potential and helped her sign a contract with Columbia Records.

In 1995, Salome and Sinclair took part in recording an album Psychodelico together with the band The Reminiscence Quartet. The group was creating acid jazz with a Brazilian influence. It travelled all over the world presenting the album and got the honor to open Jazz Bop festival in Brighton.

In 1998, Salome and Sinclair released a compilation album Sun Sun with Sony Records. Salome created a unique version of Stevie Wonder’s song “Another Star”, which was recorded under the name of “Outro Lugar” (1999). The song was included in the LP Brasil, which was recorded in 2005 with Yellow Productions Recordings/Tommy Boy Entertainment.

The album featured a mix of such styles as samba, salsa, mambo, bossa nova, and contemporary club melodies. Even though it wasn’t a live album, Salome managed to make it personal by adding a few comments in between songs, such as “The music is my life!” She also wrote lyrics for many songs from this album.

In 2001, Salome and DJ Gregory rerecorded a club hit “Tourment d’Amour.” They turned it into a Brazilian song “Tormento de Amor”, which was later included into the house-project of the Yellow Productions label. The project was called Africanism.

In 2005, Salome rerecorded Barry Manilow’s song “Copacabana”, which became a hit in France. 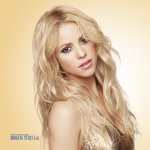