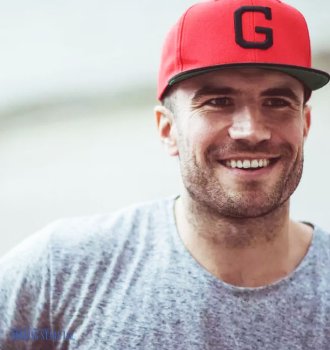 Sam Lowry Hunt was born on 8 December 1984 in Cedartown, Georgia. In high school, he played football and was thinking about a sports career. However, it didn’t work out and in 2008, the young man decided to devote his life to music and moved to Nashville.

In May 2012, the musician wrote a successful single "Come Over", which he worked on with Shane McAnally and Josh Osborne. The song was released by Kenny Chesney. It topped Hot Country Songs and reached the 23rd spot on Billboard Hot 100 as well as the 48th position on Canadian Hot 100. By November, the single earned a platinum status from RIAA.

In October 2013, Sam released his first and only one to date acoustic mixtape, Between the Pines. The song was available for free downloading on his website. The 15-song album was later released on a CD and sold over 38,000 copies in the United States. The same year Hunt together with Marc Beeson and Josh Osborne wrote a song for a popular country singer Billy Currington. The song topped Country Airplay and reached the 60th spot on Billboard Hot 100.

At the beginning of 2014, Sam Hunt signed a contract with a large label MCA Nashville. A few weeks later, the musician finished working on the song “Cop Car”, which he wrote together with Zach Crowell and Matt Jenkin for an Australian country singer Keith Urban. The song was a big hit and reached the 4th spot on Hot Country Songs and the 41st position on Billboard Hot 100. The single was also popular in Canada. Eventually, it earned a platinum certification from RIAA. Later, Hunt recorded his own version of the song, which was featured on his debut studio album, Montevallo.

The first LP came out in October 2014 and debuted on the third spot of Billboard 200. It also conquered Top Country Albums chart. The album was popular in other countries as well, confirming the artist’s international recognition. It became a challenge to book Sam Hunt for any private event.

In 2015, Hunt earned a prize at American Music Awards as "New Artist of The Year" and received two more nominations.

Two years after the release of the debut album, Hunt re-released his mixtape Between the Pines. It reached the 7th position on Top Country Albums and entered Billboard 200 at the 31st spot.

In 2016, Hunt was nominated for a Grammy for his LP Montevallo.

In February 2017, the musician presented the fans a new single from his upcoming studio album. "Body Like a Back Road" became the artist’s most successful single to date. It beat a 55-year-old record by staying on top of Billboard Hot Country Songs for 34 weeks. Besides, the song reached the 6th spot on Billboard Hot 100. It entered various charts in many countries, including Canada, Australia, Slovakia, Czech Republic, and New Zealand.