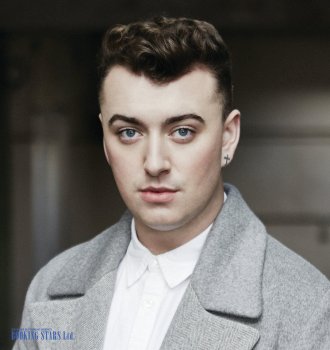 Sam Smith was born on Mai 19, 1992, in London. He is a singer and a songwriter, mostly known for such songs as “Money On My Mind”, “Stay With Me”, and “Writing’s on The Wall”. He holds numerous awards, including three Billboard Music Awards, three BRIT awards and 4 Grammies.

When Samuel Fredrick Smith was a teenager, he wanted to be an actor and spent a lot of his free time in drama clubs. At some point, Smith decided to forgo acting and started learning how to sing from a famous British jazz singer and pianist Joanna Eden.

Smith made his first step to fame when he started working with a band called Disclosure, Together the young men recorded a song “Latch”, which was close to getting into the top-10 of the UK Singles Chart.

In 2013, Smith released his first single “Lay Me Down”. The song wasn’t very successful but still made it to the 46th spot of UK Singles Chart and was favored by the critics. However, the real fame was still ahead. Soon Smith got an offered from Shahid Khan (Naughty Boy) to record a song called “La La La”. The duet was even more successful than they hoped. In just a short time, the song topped the UK Singles Chart and was view more than 200 million times on VEVO. The same year Smith released his debut EP Nirvana, which reached the 126th spot on Billboard 200.

In 2014, Smith released his first, and to date last, studio album In the Lonely Hour. The LP was a big hit in the UK and many other countries. It topped UK Albums Chart and ARIA chart while reaching the 2nd spot on Billboard 200. The album sold over 6.5 million copies worldwide. It included such hit singles as “Money On My Mind”, “Stay With Me”, “I’m Not The Only One”, and “Like I Can”. All of these songs were certified platinum.

In 2015, Smith released a non-album single “Writing’s On The Wall”, which was very successful, topping the UK Singles Chart and reached the 71st spot on Billboard Hot 100. The song was certified platinum by BPI and golden by RIAA. Smith continues to write new songs and performs live.

Sam Smith is a great choice for you and your guests! Do not miss a chance to book a performance of your favorite singer!