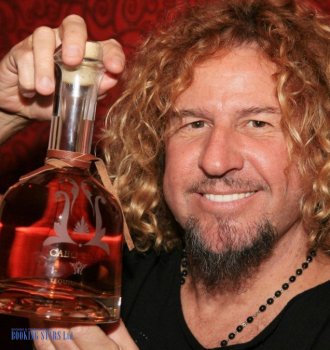 Sammy Hagar was born on October 13, 1947, in California. He is a singer and a songwriter. Hagar is well known for his work with the band Montrose. He is particularly famous for such songs as “Your Love Is Driving Me Crazy”, “I’m Falling in Love Again” and “Eagles Fly”.

When Sammy Hagar (real name Samuel Roy Hagar) was a child, he was dreaming of becoming a boxer like his father. However, music interested him much more and he replaced the boxing gloves with a guitar. Hagar was a big fan of rock and roll and wanted to become a singer. In the 1960’s and 1970’s Hagar performed with several bands, including Skinny, Fabulous Catillas, Justice Brothers, and Dust Cloud.

The fame finally came to Hagar when he joined Ronnie Montrose’s band Montrose. When Sammy was part of the lineup, the group recorded two of its most successful albums. One of their greatest hits “Bad Motor Scooter” was co-written by Hagar. Hagar had many arguments with Montrose and eventually had to leave the band together with the bass guitarist and the drummer.

In 1976, Hagar began a solo career and released his first studio album Sammy Hagar. The LP contained a hit “Red”, which received a gold certification. His next several LPs weren’t as successful and Hagar decided to make several lineup changes. He also changed the label from Capitol to Geffen.

Sammy’s next albums Standing Hampton, Three Lock Box, and VOA were a success. The last one became popular thanks to the hit song “I Can’t Drive 55”, which reached the 26th spot on Billboard Hot 100.

In 1983, Hagar joined the band HSAS. The project didn’t last long but the members went on a concert tour and released a fairly successful LP Through The Fire.

In 1985, Sammy replaced Roth in Van Halen and recorded several platinum albums with the band. Meanwhile, he worked on his solo career and released an album I Never Said Goodbye.

In the mid 90’s, Sammy left Van Halen and formed his own band The Waboritas. The band released several successful albums. Sammy released two solo LPs and then went back to working with The Waboritas. He continues to record new songs and performs live.