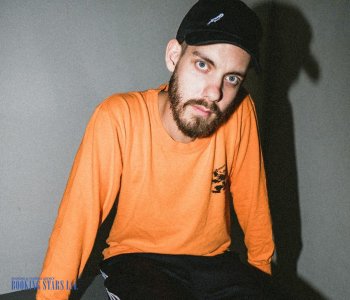 San Holo is a pseudonym chosen by a successful Dutch DJ and producer Sander van Dijk. He was born on 26 November 1990. The artist attended Codarts University of the Arts in Rotterdam. He graduated in 2012 and started working on a music career.

In 2013, Sander released two EPs, Corellia and Demons. The albums were self-released and didn’t get enough promotional efforts. That’s why they didn’t attract sufficient attention from the public. The real fame came to the musician when he signed a contract with Heroic Recordings.

In September 2014, the DJ presented a debut official EP, Cosmos, which made it into Top 100 Electronic on iTunes. In November, he recorded a popular remix to Dr Dre’s “Next Episode”. The music video collected over 200 million views on YouTube. After the release, many clubs started trying to book San Holo for private events.

In May 2015, the artist signed a contract with Monstercat and released a new song “Victory”. Soon after, he presented a music video for “Hold Fast”. It collected over 2 million views on YouTube. Monstercat supported the release of a new EP, Victory. Soon after, San presented a music video for “IMISSU” with the support of Father Dude. In October, he recorded a remix to Porter Robinson’s “Natural Light”. The latter was featured in Robinson’s album, Worlds Remixed.

At the beginning of 2016, Sander recorded “Alright” with the support of Yellow Claw and OWSLA Records. It was the second song recorded with the company. In March, the artist presented a new EP, New Sky, which featured a hit single "They Just Haven’t Seen It". The album became one of the most commercially successful projects presented by the artist so far.

In the summer of 2016, San Holo recorded a single “Still Looking” with the support of his new label Bitbird. In November, he presented a new hit “Light”, which debuted on the 38th spot of Billboard Hot Dance / Electronic Songs Chart. A week later, the song climbed to the 26th position of the chart. In two weeks, it appeared on the 13th spot. The track stayed in the chart for 20 weeks.

In April 2017, the singer presented an acoustic version of his hit “We Rise”. Two months later, Sander released “The Future”. To record the song, he invited a successful Irish artist, James Vincent McMorrow.

In September 2017, San Holo presented a new single, "I Still See Your Face", and a remix for it. In November, he recorded a hit “One Thing” and an EP, The Trip.

In January 2018, the artist presented several remixes for “One Thing” with the support of Bitbird. Between May and July, San Holo kept releasing videos of how he was recording songs for the upcoming debut LP.

In July 2018, Sander presented a video with the announcement of his debut LP, Album1. In August, he released two singles for the upcoming album, "Worthy" и "Lift Me From the Ground". He also talked about going on a tour to support it.

The single "Lift Me From the Ground" reached the 42nd spot of Billboard Hot Dance / Electronic Songs. In August, San recorded one more single "Brighter Days" and presented a music video for it. The video collected over 800,000 views on YouTube. In September, the DJ started taking pre-orders for the album and kept releasing singles. He recorded "Forever Free" with the support of Duskus. A week before the album’s release, the artist presented two new tracks, "Surface" with Caspian and "Voices In My Head" with The Nicholas.

The long-awaited and highly promoted LP finally came out in September 2018. It topped many charts in different countries. The album reached the 7th spot of Billboard Dance / Electronic Albums. At the end of the year, the singer presented a four-song EP, Create, Create, Create.

In February 2019, the artist recorded a single “Lead Me Back”, which became a leading track for the compilation album, Gouldian Finch 3 that featured songs from Bitbird’s artists. The album came out in April. 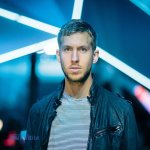