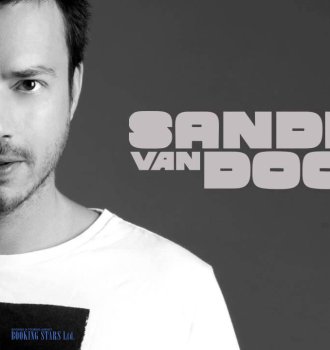 Sander van Doorn’s real name is Sander Ketelaars. He was born in Eindhoven on 28 February 1979. Today he is a famous DJ and a music producer, who is an expert in the progressive house genre. Sander became a big fan of music at 17 when parents gave the artist his first keyboard.

Initially, Katelaas was a fan of hardcore and gabber (a subgenre of hardcore-techno). By the time he turned 18, the aspiring artist was performing in De Danssalon club, the resident DJ of which used to be the legendary Marco V. In the club, the DJ fell in love with techno and house. Since then, he started using different pseudonyms for performances, such as Sam Sharp, Purple Haze, and Sandler.

The first successful releases the DJ recorded as Sander van Doorn. The priority genre was trance. One of his first popular remixes was for Armin van Buuren’s “Control Freak. In 2006, Sander debuted in a popular radio show on BBC Radio 1 called Essential Mix. Later, the DJ got excellent reviews from such celebrities as Carlo Cox, Tiesto, and Armin van Buuren. At that time, many clubs tried to book Sander Van Doorn for private events.

After a few months, Doorn became a resident of several Ibiza parties and attended such famous festivals as Dance Valley. The popular Mixmag magazine gave the DJ an award for being “Future Hero”. Sander was also listed in the DJ Magazine and earned a prize at Trance Awards as Best New Producer.

In 2007, Sander started appearing on large electronic music festivals, among which were Trance Energy, Sensation, and Global Gathering. Then he presented several successful remixes on "Spaceman" by The Killers, "Close My Eyes" by Robbie Williams, and "The Girl You Lost to Cocaine" by Sia. In September, with the support of Spinnin' Records, the DJ founded his own label, Doorn Records. The first release with it was his hit “Riff”.

In 2008, the artist presented a debut LP, Supernaturalistic. The same year, at the International Dance Music Awards he got the title of the Breakthrough DJ. Sander outdid such competitors as Axwell and Deadmau5. The single “Riff” was nominated for the Best Underground Track.

In 2009, Doorn recorded a compilation, The Doorn Identity. It didn’t come out separately but was released together with an edition of DJ Magazine. Next year, the musician signed a contract with a local radio station and created his own show called Identity. Later, the DJ wrote an anthem for a popular festival, Trance Energy and recorded a compilation for it.

At the beginning of next year, he presented "Love is Darkness", recorded with Carol Lee. It was a lead single for his next album, Eleve11. The second single for the LP was “Koko” and the third – “Timezone”, recorded as Purple Haze. The album itself appeared in September 2011. It was released on iTunes with a bonus track “Kitten”. The standard version featured 12 tracks.

Throughout the year, Sander van Doorn appeared on many music festivals, including Bal en Blanc 16, Beyond Wonderland, Electric Zoo, and Transmission. In April, he embarked on a month-long tour of North America.

Many singles recorded in 2012 were appearing on Beatport charts. The artist was also working with different celebrities. In the spring, he presented a new single “Nothing Inside”, recorded with Mayaeni. It topped Beatport and appeared in many charts in other countries.

In 2014, Sander worked with DVBSS and Martin Garrix to create a single “Gold Skies”. Next year, he released several more singles, the most popular of which were "Rage" and "Phoenix".

In 2016, the musician recorded “Cube Libre”. After the successful release, he worked with Gregor Salto to create “Tribal”. Sander also produced a single “Not Alone”.

In 2017, Doorn presented his next LP, SPECTRVM as Purple Haze.

In 2019, the DJ released such hits as “Surrender” (recorded as Purple Haze) and “Blowback”, created with a Dutch duo, Firebeatz.