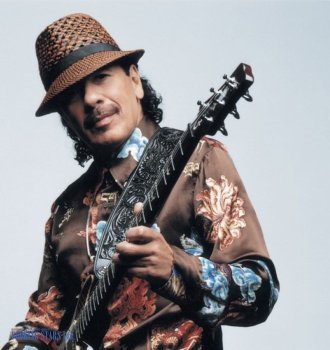 The band was formed when the guitarist Carlos Santana met the keyboardist and vocalist Gregg Rolie. Both of them had sufficient experience working on different music projects. By the end of the year, the new band, which initially was called Santana Blues, attracted 4 more members. In the next two years, Santana Blues Band was earning popularity. They mixed rock music with Latin American rhythms.

In 1967, the band went through the first lineup change. The same year the band changed the name to Santana. Over the years, the group members changed many times. At the moment, Carlos Santana is the only remaining original member of the group.

In 1968, the band gave a concert at Fillmore East stage. The same year, the stage’s owner Bill Graham became the band’s manager. Thanks to his work, the group’s popularity was on the rise.

In 1969, the band attended the legendary Woodstock Festival, where they made a huge impression. After the performance at Woodstock, the band received international recognition. The same year, they signed a deal with Columbia Records and released the first studio album Santana. Eventually, the LP was certified platinum twice in the USA. The album reached the 4th spot on Billboard 200.

In 1970, Santana released an extremely successful studio album Abraxas. The LP sold over 4 million copies. It included such hits as Black Magic Woman” and “Oye Como Va”. The album topped Billboard 200 and ARIA charts. The band continued to release fairly successful albums until 1999.

In 1999, the group’s life changed when they released a hugely successful LP Supernatural. The album topped ALL the popular charts worldwide and received a huge number of platinum certifications in many countries. It was certified diamond in the USA. Their next LP Shaman (2002) was also a big success. After its release, the band went back to recording fairly successful LPs. Today, Santana continues to write new songs and performs live.