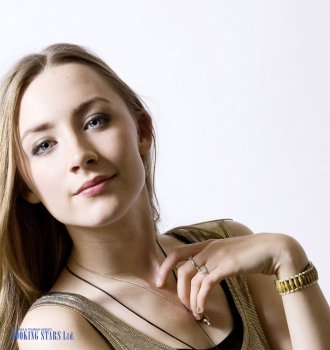 Saoirse Una Ronan was born on 12 April 1994 in New York. Her parents are actors from Ireland. When Saoirse turned three years old, her mom and dad made a decision to move back to Ireland.

In 2003, Ronan debuted on the TV screens by landing a role in the medical series The Clinic. Her second small TV role was in the mini-series Proof.

In 2005, Saoirse worked on a full-length comedy I Could Never Be Your Woman. However, it wasn’t her debut movie role since the film came out in 2007. That’s why Ronan’s first big part was in the drama Atonement, in which she performed a young version of the writer Briony Tallis. This project helped Saoirse make a breakthrough on the movie scene. The film earned six Academy Awards nomination and won one of them. Among the nominations was Saoirse’s Best Supporting Actress. Ronan was the youngest nominee in the history of that award. She was also nominated for a Golden Globe and BAFTA awards. Even though Saoirse Ronan was too young to be invited to private events, she was already old enough to become a world-class movie star.

In 2008, Ronan worked on a leading role in the science fiction Movie City of Ember.

In 2009, Saoirse got another starring role in Peter Jackson’s supernatural drama The Lovely Bones. That role brought the young actress an IFTA Award and Critics' Choice Movie Award in the Best Young Actor or Actress category. Ronan also earned a Saturn Award as Best Actress. She was also nominated for a BAFTA award.

In 2011, Saoirse had a starring role in an action adventure thriller Hanna. Ronan worked hard to perform all the stunts in the movie on her own. The same year she got another leading part in the movie Violet & Daisy.

In 2013, two more movies with Ronan appeared on the big screen. One of them was The Host, where Saoirse had a starring role and another one was a Canadian-British film How I Live Now.

In 2014, Saoirse worked on two important projects. She portrayed Agatha in The Grand Budapest Hotel. The movie received a Silver Bear award at the Berlin International Film Festivaland many more awards, including a Golden Globe. The second role was Rat in Lost River.

The next success in Saoirse career was a leading role in John Crowley’s drama Brooklyn. The role brought Ronan an Academy Award and Golden Globe nominations as well as several important awards.

In 2016, the actress went to New York to work on her first Broadway play, Arthur Miller’s The Crucible.

In 2017, Ronan voiced Marguerite Gachet in the animated movie Loving Vincent. She also had a leading role in the movie On Chesil Beach. Another big part for Saoirse in 2017 was Christine "Lady Bird" McPherson in the tragicomedy Lady Bird. Ronan won her first Golden Globe Award and was nominated for Academy and BAFTA awards.

In 2018, Ronan’s fans are waiting for the release of a historical movie Mary Queen of Scots, in which Saoirse has the leading role. The second Ronan’s movie in 2018 will be The Seagull.