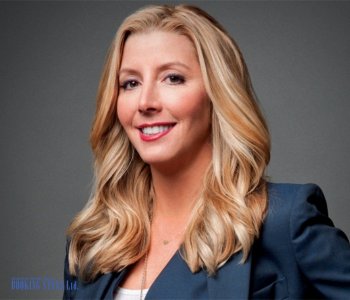 Sara Blakely is youngest self-made female billionaire who turned her life around with her idea of creating a new line of flattering undergarments. As the sole owner of her company ‘Spanx’ and net worth of over a billion dollars, Sara Blakely also reached the annual list of the 100 most influential people in the world by Time Magazine.

Blakely was born on 21st February 1971 in Clearwater, Florida. She graduated from the Florida State University receiving a degree in communications. There was nothing major in her resume except a part time job at the Walt Disney World. Later she got a job at a local stationery company called ‘Danka’. Apart from that she also sold fax machines door-to-door. Looking at the weather in Florida which is extremely hot and humid, Blakely was trying to think a kind of pantyhose that did not have seamed toes and did not roll up the legs after being cut. She decided to spend all of her life’s savings of fifty thousand dollars and moved to Atlanta where she met with several manufacturers in the hope of making a deal with them. Finally she met with Sam Kaplan who was the owner of Highland Mills, who initially did not show any interest in Blakely’s idea. However lucky for Blakely, he asked his two daughters whether they would be interested in such a product and if they would be willing to buy it. Both of them said yes instantly which led to Kaplan’s approval. Thus Blakely’s order was finally taken and she got her first batch of pantyhose in August 2000.

Blakely thought of the name ‘Spanx’ herself as she thought it gave the perfect image of the kind of products she wanted to sell. She not only designed the logo herself on a friend’s computer, she also trademarked it herself. ‘Spanx’ was launched from her home in August 2000, a company that is now worth more than a billion dollars. The one-product wonder has now become the favorite of millions including almost all Hollywood actresses making ‘Spanx’ a billion dollar powerhouse. Its annual revenues reach 250 million dollars with Blakely never having to take any outside investment and any special marketing strategies.

Blakely founded the Sara Blakely Foundation which helps women in education issues and training them to be good entrepreneurs. She also funds scholarships for young females in Africa at Community and Individual Development Association City Campus. Blakely made a television appearance on the Oprah Winfrey Show in 2006 and also made a donation of one million dollars to Oprah Winfrey’s Leadership Academy. She was a participant on ‘The Rebel Billionaire’ and a judge on the reality series ‘American Inventor’. In January 2008, Blakely went on Free Radio as a guest star.

Sara Blakely’s invention was an answer to the prayers of millions of women worldwide. Her invention was authentic and with her only 5000 dollars she appealed to the masses because of her unique and outstanding idea. She achieved her dream of becoming a successful entrepreneur. She married Jesse Itzler, an American Rapper in 2008. They have a son Lazer Blake Itzler.