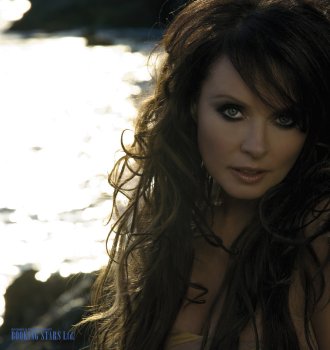 Sarah Brightman was born on 14 August 1960 in a small town of Berkhamsted, not far from London. She attended art and ballet schools since childhood. When Sarah was just three years old, she started performing at local music festivals. When she turned 12, Brightman landed two roles in the play I And Albert at the Piccadilly theater.

Sarah started singing when she was 14 years old. At 18, she joined a music group Hot Gossip. Her performance with the band gave a jump-start to the musician’s career. The song “I Lost my Heart to a Starship Trooper” climbed to the 6th spot of the UK Singles Chart. The band’s following songs weren’t as successful. So Brightman left the group and tried classical music. In 1981, she appeared in Cats. The musical’s composer was Andrew Lloyd Webber. In 1984, Sarah and Andrew got married.

In 1985, Brightman starred in Requiem alongside Placido Domingo. The role brought the young singer a Grammy Award for Best New Classical Artist.

In 1986, Lloyd Webber worked on The Phantom Of The Opera. He created a special role for his wife. The part brought Sarah another prestigious nomination for the Drama Desk Award.

In 1988, the singer released her debut LP, Early One Morning. It was a collection of folklore songs. The album didn’t make it into the charts.

In 1990, Brightman toured the country with Andrew. The same year they separated, and the aspiring singer moved to the USA. After the move, Sarah continued working with Lloyd Webber. He helped her release another album, Surrender, The Unexpected Songs. Shortly after that, Frank Peterson became Sarah’s new manager and boyfriend. In 1993, they released the LP, Dive, which was popular in Austria and Canada.

In 1992, together with Jose Carreras, Sarah sang “Amigos Para Siempre (Friends for life)” at the closing of Olympic Games in Barcelona. The song topped several world charts, including Billboard Hot 100. The music was composed by Lloyd Webber.

In 1997, Brightman released her most popular album to date, Timeless (also known as Time To Say Goodbye). It reached the 4th spot on UK Albums Chart and earned a variety of platinum certifications all over the world. The most successful song featured in the LP was “Time To Say Goodbye”. It sold more than 5 million copies and earned several gold statuses worldwide. The single made it into the Guinness Book Of World Records as the best-selling song in Germany.

Between 1998 and 2005, the singer released several successful albums, went on world tours, and sang with world-renewed celebrities. She was becoming more and more popular. Sarah was often receiving invitations to different events. Many fans tried to book Sarah Brightman for their private parties.

In 2007, Brightman performed at a concert dedicated to the memory of Princess Diana. By that time, she recorded several soundtracks to TV series and movies.

In 2008, the singer released a new LP, Symphony. It featured a combination of songs written in different genres. Again, Sarah performed at the Olympic Games. This time she sang “You And Me” in Beijing.

In 2010, Sarah got an offer to become a space tourist. She was preparing for the flight for 5 years. But a few weeks before the trip, Brightman decided not to go. She stated serious family circumstances as the reason for her cancelation.

In 2013, Brightman released her last studio LP to date, Dreamchaser. It didn’t make it into the charts. Three years later, she recorded a compilation album Gala – The Collection. It was released in Japan and climbed to the 22nd spot of the national chart.

Sarah Brightman is a renowned celebrity. She works on new music and gives concerts all over the world.