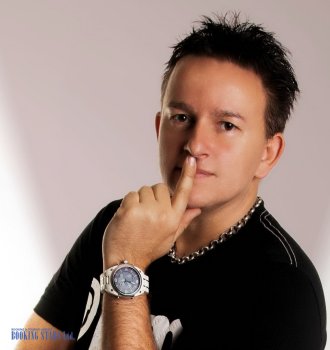 Sash! is a German music project created by Sascha Lappessen, Ralf Kappmeier, and Thomas Lüdke. The project was established in 1995 and still works today. The group sold over 22 million records worldwide.

In 1995, the group recorded the first single “It’s My Life”. Even though the single didn’t get into the top European or UK charts, it still managed to become a hit and the name Sash! started gaining popularity in the night clubs. The band decided not to release an album and worked on another single instead. In 1996, they released “Encore Une Fois” that featured French lyrics. It became the most successful single of this Sash! project. It sold over 2 million copies worldwide. It got to the second spot on the UK Singles chart, which brought the group international recognition.

In the beginning of 1997, the band released another single “Ecuador” with Spanish lyrics, which became just as popular as its predecessor did. In the summer of 1997, Sash! finally released their first album “It’s My Life”, which later went platinum. One of the singles from the album “Stay” was just as popular as the previous two and got to the second spot in the UK singles chart.

In August 1998, the band recorded their second album “Life Goes On”. One of the singles from that album, “La Primavera’ with Italian lyrics got to the 3rd spot in the UK singles chart and 2nd spot in Norwegian and Finish charts. Another hit single from that album was “Mysterious Times”. The music video featuring this song became extremely popular on various music channels.

In 2002, Sash! released their third album “Trilenium”, which included music of various genres. It was rather popular and reached the 13th spot in the UK Albums Chart and 9th sport in the Official Finnish Chart. A single from that album “Adelante” became the third most popular song recorded by Sash!.

In 2004, the group released the new album “S4!Sash!”, which included several popular singles. Since then the group didn’t release any studio albums until 2012. Another album “Life Changes” was recorded in 2014. The group continues to perform but hasn’t recorded any new albums since.