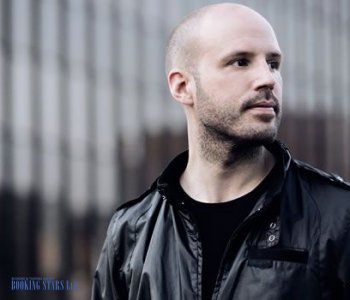 Schiller is a music project created by a famous German composer and producer Christopher von Deylen. The project was named in honor of a German poet, Friedrich Schiller. The musician made a sudden and highly successful entrance to the German world of music in 1998. He debuted with an unusual trance track, which featured German poetry with mystical elements. The artist quickly attracted fans and became popular all over Europe.

The first single called "Glockenspiel" made it into top-25 of the German charts and stayed there for three months. In 1998, the single became a huge hit in German nightclubs. The music video for the song was played on the TV channel Viva.

The next track, "Liebesschmerz", came in 24th on the charts. In 1999, the artist released the debut album, Zeitgeist, which featured a combination of original music styles. Tracks were suitable for chilling out as well as dancing so they conquered the nightclub scene. In the USA, the album came out in 2001. It featured different genres and became highly popular among American fans. Schiller’s music also conquered eastern and western Europe.

Two years after the artist released his debut LP, he presented the next album. In Germany, it came out as Weltreise while the American version was called Voyage. It topped the German Pop Album Chart, sold over 200,000 copies in Germany and earned gold status.

Music critics called Schiller “The new Enigma”. The artist’s second album turned out to be more popular and interesting than the first one. It featured many hits, among which were "Dream Of You", "Nocturne", "Dreams", "A Beautiful Day", and "Ruhe". The German version of the album was different from the American one. It featured a slightly different sound in the beginning and the end.

Albums, Voyage and Zeitgeist, became very successful in both Europe and South-Eastern Asia. Many fans enjoyed the way Schiller used ethnic sound and mixed it with futuristic melodies. All the following albums released for the American and German audience had differences. At that time, many fans from all over the world wanted to book Schiller for private events.

In 2004, the artist released a new LP, Life, for the American audience. Its German version came out a year earlier with the name, Leben. In 2005, Schiller presented Prologue. Two years later, the artist recorded Day and Night for the USA. The LP came out two years earlier in Germany with the name, Tag und Nacht.

In 2008, the group celebrated its 10th anniversary. The dance-project of the 1990s turned into a revolutionary group, which juggled different music genres with ease. It’s worth noting that the only group member is Christopher von Deylen. He is not a big fan of marketing work and interviews. He works hard in his recording studio in Berlin.

Singles "Dream of you" and "I feel you" became international hits. Christopher often says that he tries to create music, which he would want to buy.

In 2008, Schiller worked with a successful American singer, Colbie Caillat, on her hit “You”. The same year, the artist recorded another big hit, "Time For Dreams", on which he worked with a Chinese piano player, Lang Lang.

The musician released his 6th album for the German audience in 2010. He called it Atemlos. The LP came out in the USA as Breathless. It reached the 2nd spot of the national German chart.

In 2012, the next album, Sonne, came out. It topped the chart and earned gold status. Its American version was called Sun. It also became successful. The next album, Opus, appeared in 2012 in Germany.

In 2016, Schiller recorded a new LP, Future, and took a break from studio work. In 2017, he arranged an electronic music concert in Teheran.

In 2019, the artist recorded his next LP, Morgenstund, which featured several tracks recorded together with musicians from Iran. The album topped the German chart.

How much does it cost to book Schiller:
Price inquiry
Schiller booking agent:
Contact agent
Schiller Contacts:
Send Schiller a message
« previous next » 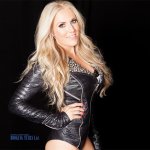