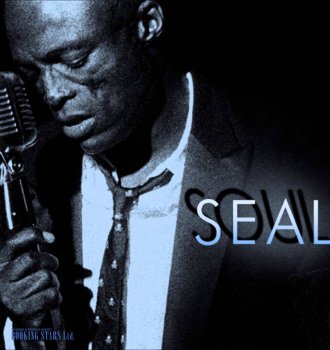 Seal was born on February 19, 1963, in London. He is a singer and a songwriter. Seal is mostly famous for such hits as “Kiss from a Rose”, “Crazy”, and “Future Love Paradise”. He holds a variety of awards, including three Grammies and three BRIT awards.

Seal’s (full name Seal Henry Olusegun Olumide Adeola Samuel) parents were from Brazil and Nigeria. When Seal was born, they were both students working full time to earn money. So they had to send Seal to an adopted family. When he was 4 years old, Seal’s parents divorced and his mom took him back. However, she soon fell ill and Seal lived with his father, who didn’t treat him well.

When Seal was 15, he quit school and ran away from home. He attended a college and studied architecture. After graduating, Seal tried to work in many fields, including architecture and design. He even worked in McDonald’s.

In the mid-1980’s he tried to earn money by performing in nightclubs. A British band Push took Seal with them on a tour in Japan and Thailand. Then he traveled to India. Upon returning, he met the producer Adam Tinly (Adamski), who helped him record his first song “Killer”. In 1990, the songs topped UK Singles Chart for 4 weeks.

In 1991, Seal signed a contract with ZTT Records and released his first album Seal. The LP topped the UK Albums Chart and was certified platinum twice in the UK and once in Switzerland and the US. The LP sold over 3 million copies worldwide. The singles “Crazy”, “Future Love Paradise”, and “Killer” were big hits.

In 1994, Seal recorded his second album and also named it Seal. For clarity, many people call the album Seal II. The LP was just as popular as the first one, topping the UK Albums chart and going platinum twice. The LP was nominated for a Grammy. The album contained the single “Kiss from a Rose”, which became the most successful song of the artist. Later, it was used as a soundtrack to the movie Batman Forever. The single brought Seal 3 Grammy Awards, an MTV Video Music Award and MBI Film And TV Award.

Seal recorded seven more albums, the latest one being 7 (2015). All of these LPs were less successful than his work in the 1990’s. However, they still entered the charts. Seal continues to write new songs and performs live. 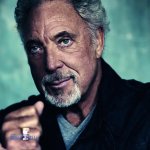